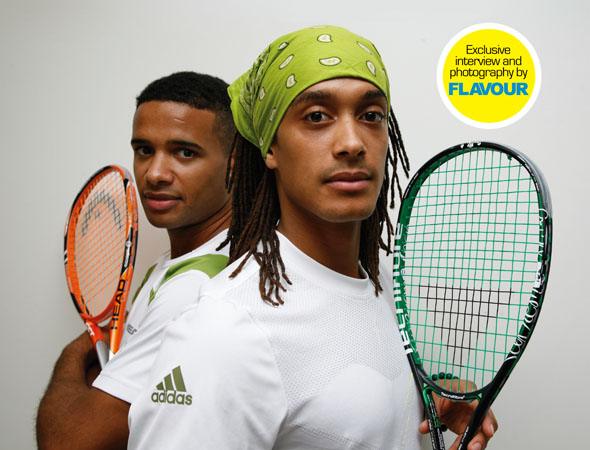 Whilst the Premier League is in full effect and the rest of the sports world are praising Team GB’s efforts at the World Championships, we at Flavour decided to take a step away from the crowd and be different.

Here, we take a look at two of Britain’s promising young stars who both have a huge presence on the international circuit in a fantastic sport.

Now question marks might be swirling through your mind as to what sport this could be with the words ‘Britain’ and ‘international circuit used’. Well, it’s squash. Yes, we said it – squash. For those of you that may not know much about the game, it’s a racquet sport played by two players (or four players for doubles) in a four-walled court with a small, hollow rubber ball. After the serve, the players take turns hitting the ball against the front wall, running around and trying to hit the ball out of their opponent’s reach. That’s the basic principle – with a few more rules that we’ve listed in the boxout on the facing page.

Squash is often associated with city slickers or the English middle classes because the game was developed based on Racquets and Fives, which are played mostly at British public schools. Having said that, things have changed a lot in recent years, and today the sport is played by many people from a wide variety of backgrounds and cultures.

Just ask Alistair Walker, a squash player for Great Britain who came to the UK from Africa to pursue his squash career. ‘Squash was a sport that my family played. My mother went on to be a national champion and my father played as well.’

He continues: ‘I started playing at an early age in Botswana and it was a massive change for me when I came here. I went to a school that specialises in squash and it was a huge culture difference. Being in southern Africa on the edge of Kalahari Desert, coming to the lush green fields of England and having to wear uniform at school was a big change for me, but I eventually found my feet and I enjoyed playing squash there.”

This is exemplified as his golden smile lights up the squash courts at the Dolphin Square Sports Club in Pimlico where he’s playing. As his dreadlocks sway from side to side, I watch in amazement as a focused Alistair remains in pursuit of the ball with poise and technique as he plays against his Great Britain team-mate Adrian Grant.

South London-born Adrian is currently ranked number 9 in the world but played in the professional ranks of another sport before eventually deciding to focus solely on squash.

‘I used to play football at a high level; I played for Chelsea’s youth team. I was 15 and I played for Chelsea and the England squash team and it got to a point where they were saying that I had to commit to one. Being a 15-year-old all you think about is what makes you happy and what you enjoy, and I really enjoyed the one-on-one competitiveness. With football my position was a striker. If the ball didn’t get to me I used to get frustrated, but with squash it’s you against one person – you’ve got no excuses.’

Having played to a high level at both sports it’s easy to look at Adrian and see there was a definite conflict of interest in his youth. Any uncertainties he had, however, were dashed away when he touched the court and football is now a distant memory.

‘Squash is definitely my love. There’s no excuses – it’s you against another opponent. You get that gladiatorial feel so that’s what drew me in. It’s a battle – obviously I’m quite competitive as well so that helps.’

Make no mistake, the game of squash is highly competitive and at the same time extremely strategic. I watched as the two battled it out for five minutes in an adrenaline-fuelled clash. Despite being just a friendly game to showcase their talent for the Flavour shoot, the drive and competitive will to strive for every ball of both players shone through, and left me with the conclusion that squash is one of the greatest games known for man.

Where the server does any of these things, or fails to hit the serve in, then the players change roles and the receiver will serve the next point, but no points are awarded.

For more info on the sport, check out www.englandsquashandracketball.com