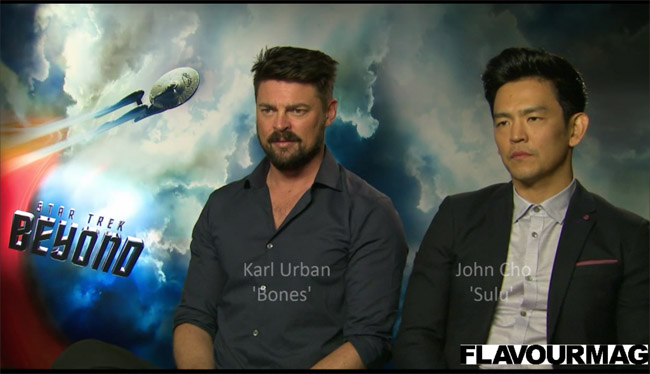 With the third installment to the Star Trek Franchise, Star Trek Beyond being released in cinemas in the UK on July 22nd, Our film editor, Zehra Phelan got to sit down with the films Karl Urban (Bones) and John Cho (Sulu).

Urban and Cho talk about the film, which falls on the 50th anniversary since the creation of Star Trek on our TV Screens. The guys were in extremely high spirits on the day of the interview and decided to take the word moist and throw it into the conversation wherever possible, making this one highly entertaining interview.

John Cho also gives his response to the original Sulu, George Takei about his disappointment that Sulu has come out as being Gay.

Related Article: Read our 5-star review of Star Trek Beyond.