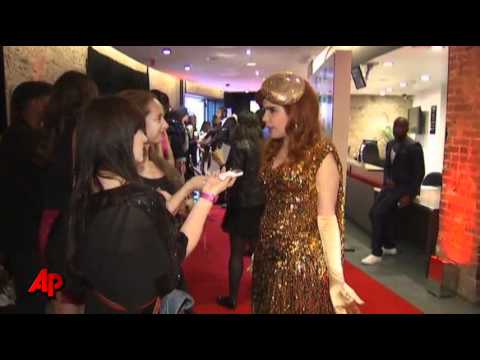 Tinie Tempah, Paloma Faith, Naomi Harris and Jesse Metcalfe were just a few of the stars that showed their support last night at Alicia Keys’ prestigious Keep A Child Alive Black Ball. The annual fundraiser took place at The Roundhouse, Camden in aid of raising awareness and money for victims of HIV/AIDS in Africa and India.

Flavour Magazine attended the event and interviewed the celebs as they arrived on the carpet. Paloma Faith looked incredible in gold sparkly Vivienne Westwood dress on her arrival and for her perfomance she wore a breathtaking feather head dress and bright red Laboutins.

Alicia Keys looked stunning as she arrived with her husband Swizz Beatz wearing a figure hugging Givenchy dress. She said: “The ultimate aim for Keep a Child Alive is for us not to exsist because we would like the Aids pandemic to not exist we would hope that anybody could access the medicine that can help to keep them alive. Being a mother myself it breaks my heart to see children suffer and because of this now my feelings have been amplified.”

Her hubby continued saying: To give is the best feeling in the world especially to people who are not as fortunate as either one of us have been and going to Africa with my wife and seeing their circumstances there it changed my whole life.”

The guests at the exclusive £1,500 a seat ball were treated to a three course dinner and an auction hosted by Eddie Kadi where thousands of pounds worth of bids were made on a variety of items from holidays to Jamaica and New York to limited edition artwork and the night ended with unique and mesmerising performances from Alicia Keys, Beth Ditto, Kyle Falconer, Tinie Tempah, Paloma Faith and Boy George, with musical direction from Mark Ronson.

The finale saw Alicia, Paloma and Beth join forces on stage to sing an all female rendition of George Michael’s ‘Freedom’. George was originally supposed to perform at the ball but pulled out because of a tooth infection. ‘We don’t need him – we can sing it better ourselves!’, shouted Alicia to an elated audience. And that they did!

For more information on Keep a Child Alive please visit their website.

Words by Annika Allen, Photography by Paul Hampartsoumian. Click here to see some behind the scenes images.