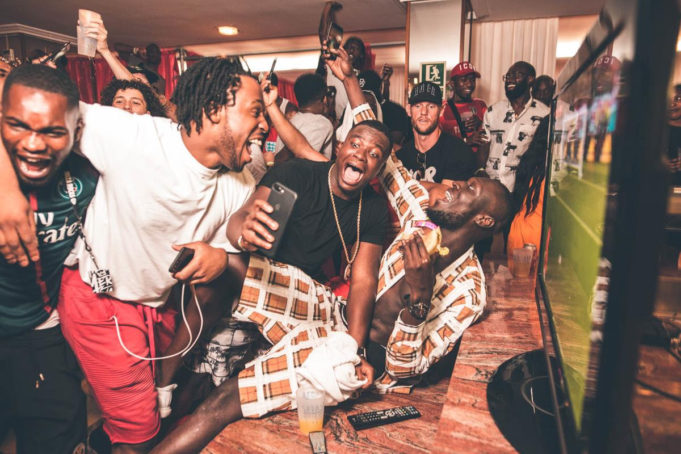 Amazing ‘moment’ was captured last night as Stormzy stopped his headline set at #MERKY Festival at Ibiza Rocks Hotel as England scored the winning goal and the crowd went wild!!!

Tinie Tempah, French Montana, Michael Dappah, Krept & Konan and girlfriend Maya Jama were all amongst those watching the show. They had celebrated the first goal backstage before Stormzy had to go onstage and then Stormzy and the crowd erupted as the winning goal was scored.