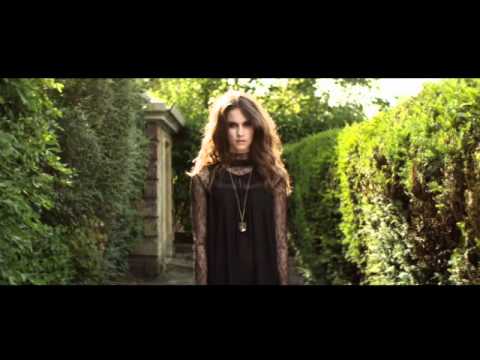 Sunday Girl has made some serious headway in 2010 – thanks to a summer filled with festival performances at Wireless, Bestival, Lovebox, Field Day & Secret Garden Party and party DJ sets at some of the countries best club nights:  Smash and Grab, Fabric, XoYo, Circus etc.  Now she joins Ellie Goulding on all dates of her UK tour.

After surfacing online via a DIPLO edit of one of her tracks, she was quickly embraced by the fashion set, becoming the face of River Island’s graduate design forum campaign following in the footsteps of Kelis and Paloma Faith; snapped up to write a weekly fashion and music column for MSN and booked to DJ at parties for:  Erdem, Vogue, Nicole Farhi, Reiss etc. Her iconic look, sense of fun and natural charisma have set tongues wagging…

With mixes from Rusko, Villa, Slofman, Buzz Junkies, Ikonica & Jamaica already garnering support at Radio 1, 1Xtra, Galaxy and Choice, expect this to usher in 2011 with a glamorous shimmy.

Here is the Sunday Girl VS Rusko mix of Stop Hey: