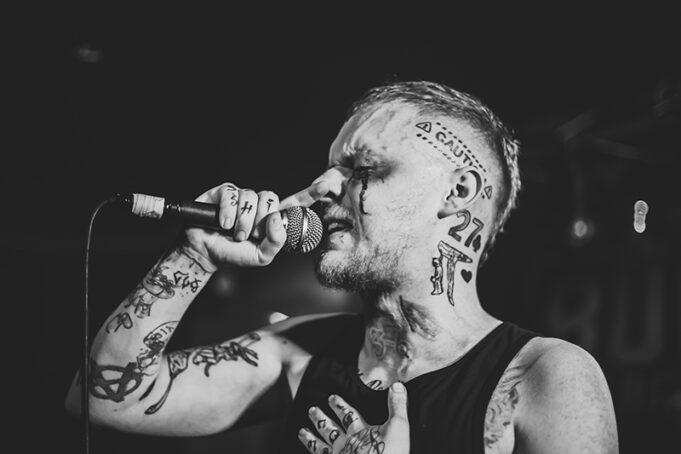 ‘Psychosis’ is the debut album to come from Welsh rapper T-REV who ruminates on themes of mental health throughout the conceptualised album.

A more stripped back approach than some of his previous projects, the focus of ‘Psychosis’ is purely on T-REV, with no bells and whistles to distract from the main voice. Using his mental health to his advantage rather than letting it deter him, ‘Psychosis’ is a triumphant statement of the true nature of T-REV.

Swansea based rapper T-REV uses music as a form of therapy for himself, whilst also reaching out to others. Labelled as ‘The Face of the Underdog’, T-REV opens up in his music, exposing his own vulnerability to allow others to find strength in theirs. Previously playing support for the likes of Crazy Town, CHIP, Devilman and MC Devvo, T-REV has been building up notoriety as a performer as he bares all on the stage.

‘Psychosis’ is now available on all major platforms.