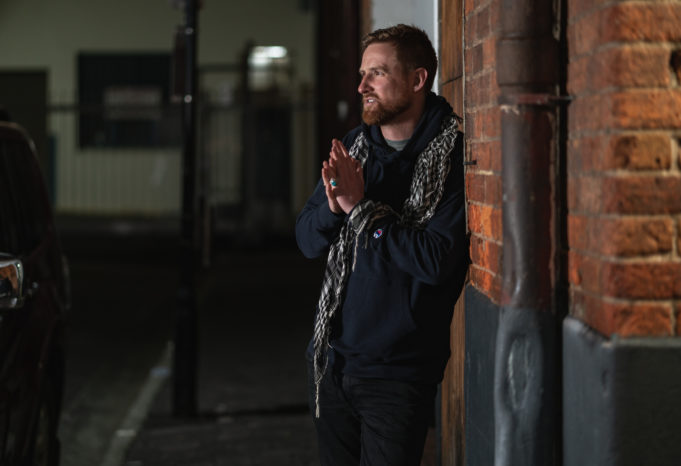 The remix ‘Daze gone Bye (9pm in Hobart)’ by Sydney-based producer Chasm – most known for his work with twice ARIA nominated group Astronomy Class and artists such as Hilltop Hoods, Thundamentals, Ash Grunwald, Pegz, The Bamboos and 360 –  exemplifies the flexibility and applicability of Swaz’s lyricism over diverse production. The ‘9pm in Hobart’ remix finds inspiration in UK production stylings with the urban night visuals complimenting the track’s innovative sound.

On the single Swaz said, “I wrote most of this song and much of the end of the album during significantly difficult times in my life – some of the hardest I’ve ever faced. The death of a loved one and the breakdown of a committed long term relationship at the same time. Two of the closest people to me were no longer physically present in my life,”

“My music has been an anchor for me, those negative experiences have made me acutely aware that life is short and that I want pursue things I’m passionate about -which are founded in creativity and collaborating with other artists,”

The lyrical content of the song summarises the ethos for Swaz’s 10-track studio album ‘Souled Out Volume One: Daze Gone Bye’. The attitude is one of sobering reflection on the past, earnestly looking towards the future, and fully embracing the present. On his first studio album – and on this track in particular – Swaz reflects on the complexities of everyday life, echoes an awareness of current global paradigms, celebrates assertions of creativity, and conveys a longing for unity with like-minded, or, like-hearted people. Broadly, the album is a tale of transition from youthful confusion to coming-of-age clarity. ie. The ‘Daze’ has ‘Gone’ ‘Bye’. Chasm’s remix, along with six other remixes are exclusively available digitally to customers of Swaz’s debut 5-track vinyl EP – the ‘Daze Gone Bye EP’ which is being launched in mid-January 2019. The vinyl EP features select songs from the digital LP which most fully realise the ‘Daze Gone Bye’ theme [the digital LP is also included, together with all mastered instrumentals and acapellas].

Having carefully selected his own time to release his recordings, Swaz’s musical journey is not in it’s infancy as he sports an impressive CV. He has played shows with Thundamentals, Horrorshow, Akil (Jurassic 5), Adrian Eagle, B Wise, Buck 65 (Canada), Maundz, Pez, Lotek (UK), Hau (Koolism/Triple J), Omar Musa & Luka Lesson, and performed at a number of events including The Falls Festival, Vibrance Festival and numerous community fundraisers.

The audio for ‘9pm in Hobart’ is now available on all major streaming platforms, alongside ‘Days’ – the lead single from the ‘Souled Out Volume One’ digital LP. His albums are available at swzmusic.bandcamp.com