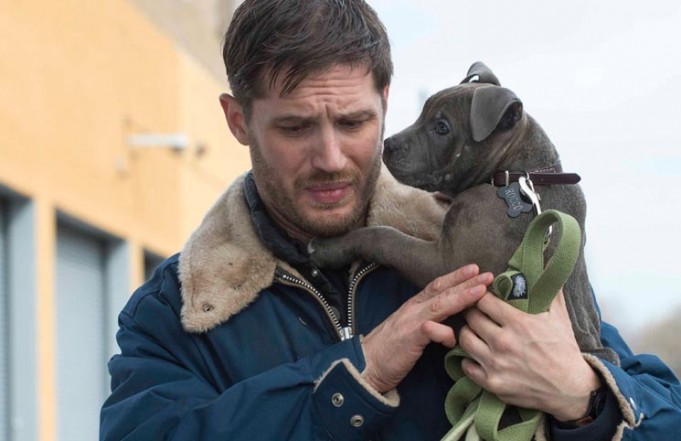 If like us you are patiently waiting for Tom Hardy to hit the big screen in Mad Max Fury Road, then here is a little something to keep you occupied in the meantime.

Tom Hardy is back on the THE DROP is a new crime drama from Michaël R. Roskam, the Academy Award nominated director of BULLHEAD. Based on a screenplay from Dennis Lehane (MYSTIC RIVER, GONE BABY GONE), THE DROP follows lonely bartender Bob Saginowski (Tom Hardy) through a covert scheme of funnelling cash to local gangsters – “money drops” – in the underworld of Brooklyn bars. Under the heavy hand of his employer and cousin Marv (James Gandolfini), Bob finds himself at the centre of a robbery gone awry and entwined in an investigation that digs deep into the neighbourhood’s past where friends, families, and foes all work together to make a living – no matter the cost.