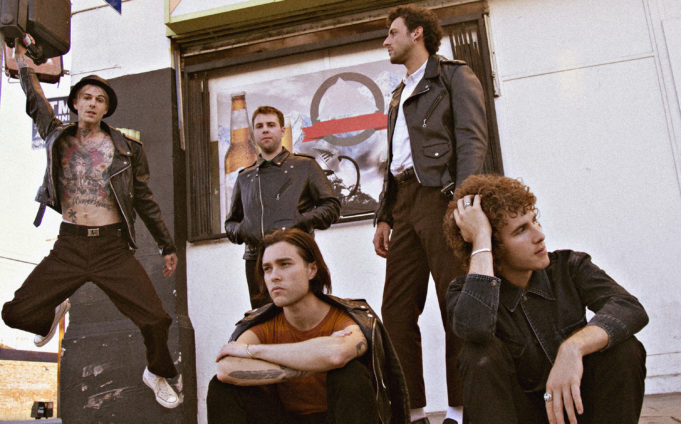 Last night The Neighbourhood came back with a bang, starting their European tour at London’s Brixton Academy.

It’s been over two years since the Californian five-piece performed in London and with Brixton being their only UK show of the European tour, fans trekked down from even as far as York to see the hugely anticipated gig of the year.  Fans started queuing from as early as 2pm and as soon as the doors opened, it was a race to the stage.

After two warm-up sets from Yeek and HEALTH, It was finally time.  As the band’s iconic trademark sign appeared and the crowds screaming reached its loudest potential, The Neighbourhood emerged.

Only two songs in and frontman Jesse Rutherford was extremely appreciative of how loud and interactive the London crowd was. “Fuck, you’re too good London! For the next song be worse, be worse please“. This only left fans wanting to sing and scream louder.

The biggest reception of the night was for ‘Daddy Issues’ (obviously) and also one of my favourites from their 2015 ‘Wiped Out!’ album. It was safe to say that The NBHD fans will never forget the atmosphere from last night’s show.

During the show, I had my own little ‘fan girl’ moment when Jesse crowd surfed almost completely over the entire middle standing area and I actually grabbed his hand ( I know, I’m a lucky girl). It was something I’ve definitely never seen or experienced before.

Finally the intro for  ‘Sweater Weather’ started playing and we all know what that means? Possibly the biggest sing-along at Brixton Academy to ever exist. The whole show was filled with outstanding instrumentals, first-rate vocals and everything in between. It was surely an unforgettable night.

It was my first time seeing The Neighbourhood live and what a pleasure that was! The sold out crowd definitely got their moneys worth! Last nights show provided everyone with an infectious case of post concert sadness. Please come and play again soon.