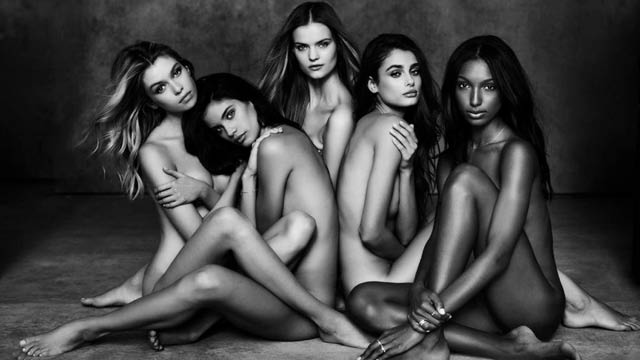 Shortly after Victoria’s Secret announced its addition of 1o new angels to their roster, the lingerie brand has follow this up with an all nude shoot featuring 5 of the angels. The bombshells featured in these images were our very own Stella Maxwell, Sara Sampaio, Kate Grigorieva, Taylor Hill and Jasmine Tookes. The playful and sexy black and white images feature all five of the models in the nude. The photograph brings to mind that classic Herb Ritts image with 90s supermodels.