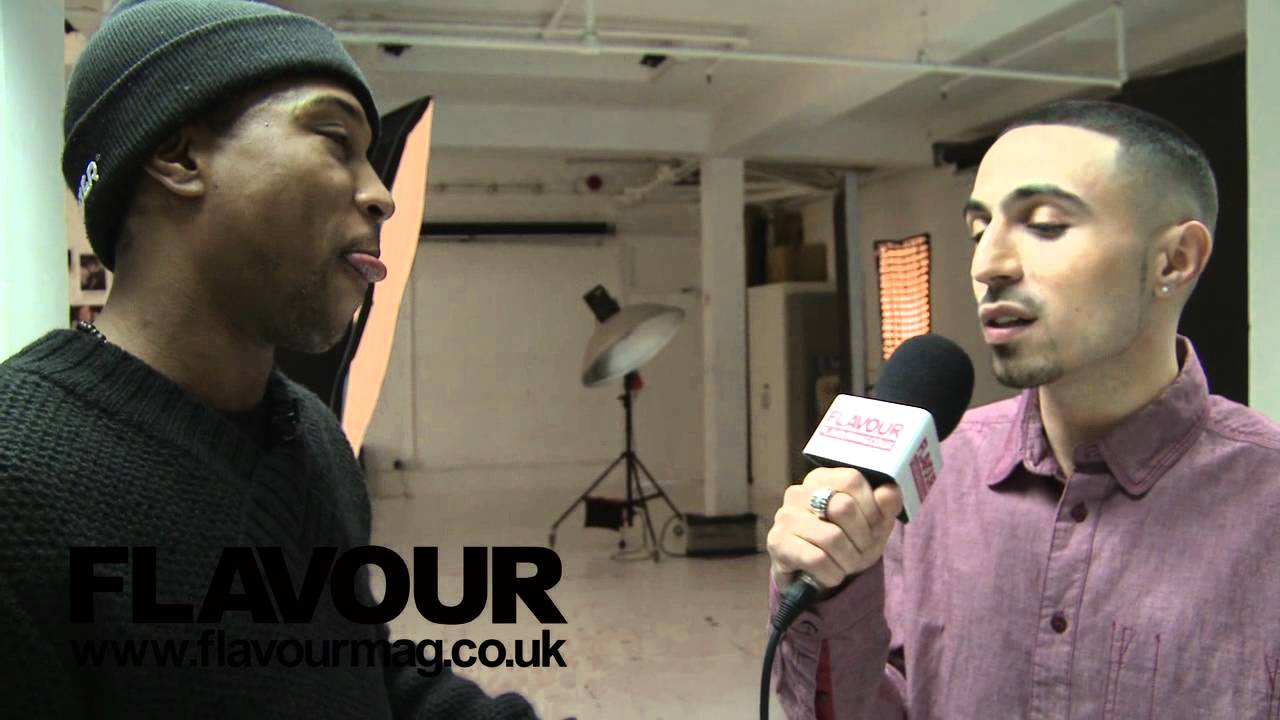 Hyped up and raring to go, the cast of the new and epic British movie Payback Season are on a buzz for their exclusive shoot with Flavour, and Guest Ed Ashley Walters was right there and ready to put them on the spot! This lot ain’t a shy bunch and he finds out what the vibe was like on-set… Were there any creative disputes? Was anyone an ego-buster? You know, we’re talking upfront and personal stuff. So here it is, the story on their career, love lives and all that fame…

So for those of you who don’t know – where have you been by the way if you don’t? – Payback Season, starring Adam Deacon, Nichola Burley, David Ajala, Leo Gregory and Sinead Moynihan, is on your screens now (March 9)! Co-written and directed by music executive and co-founder of Pure Film Productions Danny Donnelly, it follows the story of a young man who swaps life on a council estate for a career as a professional footballer.

Leading man
Lead character Jerome played by Adam Deacon, struggles to balance his life as his career excels and so-called friends become jealous of his success; the movie highlights some real issues.

Now I’ve known the star of the cast Adam Deacon for a long time, and I know where he’s come from and what he’s all about, so my main curiosity was whether he saw a little bit of himself in Jerome.

‘I’ve been very lucky,’ says Adam. ‘I feel like I’ve become more successful, but I don’t think my life’s anything like Jerome’s – he’s got the penthouse, driving a Ferrari… But people who know me sense that it’s not a Will Smith thing out here – even though you got a box office film out there, it’s still a lot of the producers that make that money, it doesn’t always go to the actors. I’ve been quite real with it.’

However, for Adam, Payback Season shows in-depth how someone can live their life once fame comes into it, while still dealing with all the hassle on the roads. ‘It’s a film that shows the other side – you know, the celebrity culture and the untold story of extortion,’ he explains. Award winner
With the way Adam’s career is heading, though – and that’s pretty fast now – I know that it’s only a matter of time before he peaks into the high life, so I ask him what his opinions are on those people who sell out the hood after they get rich and famous – is it bye bye to the Adam we know? Would he want to keep it moving, or still check his ends?

‘You know, you gotta have them real people around you. I swear it’s them people that keep you on that grounded level. I kind of get off the fact that one minute I’ll be at the BAFTAs or whatever, and then bam! You might see me chilling down Hackney in Nando’s or something.’

Shortlisted and then announced the winner of the Orange Rising Star Award at the BAFTAs, Adam’s come a long way. He says he spend too much time thinking about it, being up against those huge Hollywood acts. ‘I wasn’t expecting that phone call one bit,’ he says. ‘All I could do is just put it out there for people to vote, innit! Everyone that did support me, thank you!’

Adam’s no stranger to directing a movie, so what was it like filming Payback Season and following another director’s method when you’re used to being in the driver’s seat? I can sense clashes!

‘If I’m being honest,’ he says, ‘I think it was more of a thing for Danny than it was for me. Don’t get me wrong, I love Danny, but we had a lil’ thing. There was a lot of ‘fam’ and ‘bloods’, and I thought it should have been a bit more subtle. Little things we would disagree and then agree on – but Danny’s cool. For most of it he kinda let me do my thing and then if he didn’t like it, he’d come over and say.’

Shockingly, despite the masses of girls hollering at Adam on his Twitter timeline, he claims to be married to his career and is still trying to find the right girl. So girls, wherever you are, he could be on the hunt for you – just don’t act too hype! ‘I just don’t wanna go for the hype. I swear it sounds mad, but I just want a good girl.’

The thing is – if girls are looking for the champagne-popping life, then think again. Down-to-earth Adam reveals his understated perfect Valentine’s date. ‘People are gonna think I’m so tight, but I’d like to chill with a DVD and, yeah, Nando’s – some nice creamy mash and chill at home.’

It seems that this humble vibe goes for the whole Payback Season crew. Sinead Moynihan, whose character is an assistant, says that all she would want for a romantic evening is a nice cup of tea. ‘Cuppa tea in the morning, that’s it, turn the shower on for me, toothpaste on my toothbrush and I’m happy. Not even so much breakfast in bed.’ And she jokes, ‘No money, no nothing – any takers?’

And don’t get me started on newlywed David Ajala’s perfect idea of a romantic evening… ‘So basically what we’re gonna do is start off the date at KFC and then go Dixy’s!’ he admits. ‘She loves me for my economical tactics – keep it sweet and simple and a kiss. That’s the way forward.’ Cast members
Leo Gregory plans to up his A game and take a lucky lady to Sloane Square or Bond Street. While Nichola Burley wants to follow in David’s footsteps and get a proposal soon from her boyfriend, who, she reveals, cooks her dinner and comes home with flowers.

New on the acting scene, Nichola tells me she never really wanted to be an actress. ‘I had always thought I would be a contemporary dancer. When I was 17 I did a film called Love + Hate, which I kinda got into by accident, and then went back to dance at university afterwards. But I soon realised that people were going to auditions constantly and going to drama school and still not working. I couldn’t believe the amazing opportunity I had got with the film so I made the choice to leave dance university and try and be an actress!’ I know Nichola personally, this is typical of her shrewd business sense – being an artist manager she’s very business savvy.

Giving the lowdown on her character Lisa, a young press journalist who ends up falling for Jerome, Nichola says, ‘She’s got a liking for him, but due to the circumstances of their work, they’re never able to properly get together, and when they do, it’s kind of unfortunate for them.’ The ‘dancing girl’ also boasts that Payback Season is a must-see movie. ‘It’s a brave thing Danny’s done by fusing two worlds, I’ve never seen it put together realistically in film before. He’s taken a real hood and grimey kind of world, and compared it with the gloss of the overrated world. The outcome is explosive.’

When I asked Sinead Moynihan why people should head out and watch Payback Season when released, she gave me the perfect broadsheet newspaper response. ‘It is a compelling, thrilling story with a great cast.’

Mum of two boys, Sinead keeps it real on motherhood and how hard it is working away from home. ‘I’m a single mum, but I suppose I’m lucky because I don’t work every single day of the week; but I missed one of my son’s parties once and it was horrible. I end up buying them presents when I come back. My eldest son said, “When is your next big job, because I want a PlayStation 3?”’

Leo Gregory plays football trainer Andy in the film, a very different role to any before. Usually playing some sort of nutcase, he was glad not to be the madman of the movie for once. He has also just finished filming with Cuba Gooding Jr, and tells how he became an actor. ‘It’s a mad one; I ain’t doing the violin thing, but I wasn’t from a rich family, so as a kid I never really had that much around me. I never went to drama school, acting just manifested in me. Whenever my mum took me to a Christmas Nativity I would always run on stage when they asked for audience participation.’ Now he’s been acting 20 years!

There you have it – the cast of the Payback Season, who appreciate the simple things in life and keep it real.