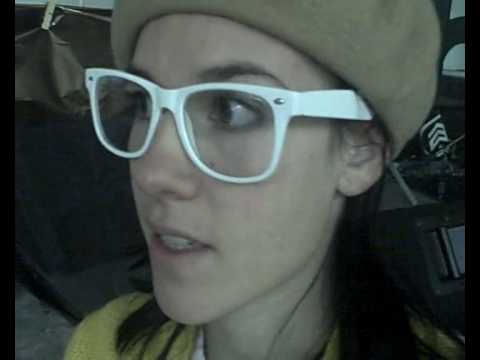 Victim to an era unsure of how to market a white female rapper from North London, Lady Sovereign was not so hotly received in the UK when she first released her debut album Public Warning back in 2006. It was not long however before she became part of a very small pantheon of UK artists to make a bigger impression in the U.S than here in the UK.

Being discovered by Jay Z, Lady Sov soon signed to Def Jam and went on to become the first ever UK artist to reach the #1 spot on MTV America’s video countdown with ‘Love Me Or Hate Me’. Across the next couple of months her career continued to escalate, performing on David Letterman, touring with Gwen Stefani, recording sessions with Pharrell and the The Beastie Boys and headlining Times Square on New Years Eve 2007. However as quickly as she shot to fame and stardom, her career began its downward spiral. Leaving Def Jam and drifting off the music scene, Lady Sov had reached breaking point.

Two years later and she’s back and ready to do things her way, releasing follow up album ‘Jigsaw’ on her very own label Midget Records. Flavour caught up with the 23 year old who detests interviews and managed to have a good conversation about where she’s been, where’s she’s going and what she loves and hates.

So why the alias Lady Sovereign?
You say it like it’s a really bad name. Only kidding! Well there’s two reasons, one’s a bit stupid and the other one’s just a bit whatever. Basically I was smoking sovereign cigarettes at the time and then I had loads of sovereign rings. Seriously that’s the reason why. I’m not going to say I looked in the dictionary and sovereign means power and that shit, because that would be a lie. It was all down to lifestyle I guess and it was just iconic at the time.

What’s so love or hate about you?
I don’t know really. A lot of people have this assumption that I’m just any girl and I’m just trying it, but I’m better than a lot of people think. You can’t really categorise me and I guess that confuses people.

What’s the story behind Jay Z discovering you and your being signed to Def Jam?
I’ve banned that question because I’m fed up of answering it. Seriously, the best thing to do would be to go on google.com and look up and old interview and just copy and paste the answer.

Fair enough. So why do you think you managed to break America where other British artists have failed?
I’m likeable and I’m genuine. I’m not saying anyone else isn’t, but I went out there quite early, even before Def Jam picked up on me and people just took to me quite quickly. I guess when you look at me, you expect something and then I do something else, so it was all brand new and fresh for the Americans and they’d never seen or heard anything like it before. I love it over there, it crazy, I’m so much bigger out there than I am over here and it’s weird because I want things to work out more over here and it’s a shame that it hasn’t but things are looking good at the moment, so we’ll see.

Why did you leave Def Jam?
I was tired and fed up. I just felt like I was doing the same old thing over and over again, you know, interviews, interviews, interviews, promo, promo, promo, all for the same song! I was rising so high at that moment that I think they could have at least released more songs off my album then I would have been a bit more excited about things. I just felt like I was repeating myself all the time, I didn’t have any time to make any new music, I felt like I was letting down ,y fans and myself and I just got depressed and walked away from it really.

Is this why you disappeared for so long?
Yep

How did you pick yourself up after such a low time in your life?
I just locked myself off from everything really. I wasn’t going on big holidays and trying to get all up in the media or whatever because I kind of stay away from that but I was just living a normal life. I had to get back into a social circle again and I needed to see my family and my friends and just sort my life out really How did you come to start your own label, Midget Records?
It’s something that I’ve always wanted to do. The whole Def Jam thing was great, it got me out there and did good things for me until it went pear shaped. Me and my manager set Midget Records up and EMI approached us about distributing for us. We only set it up at the end of last year and it’s going well already. We don’t have much of a budget but industry people are amazed.

What has been the most rewarding thing about beginning your own independent route?
Having more control, and everything just seems more relaxed and I’m more enthusiastic about things now than I used to be.

What have you learnt from your past experiences that will benefit your future career?
To know when to draw the line. I’m not going to push myself as far as I can just because it’s going to make me a huge star you know. I’ve got to think about myself and my well-being. I broke down last time and I don’t want to do that again.

What genre of music would you say you make?
I don’t know you know. I like so much that it’s hard for me to stick to doing one thing. I’ve never known how to categorise myself really. People try and throw me in the grime box but that’s just stupid because I’m not a grime artist and that would just be unfair for me to claim that.

What is the concept behind the forthcoming album Jigsaw?
There is no concept. Seriously! I just write songs and I put them on an album, but I guess I do get a little more personal on this one. Just a little bit.

What can we expect musically from your album?
Well I sing on this album, or at least I tried. There’s one song called Pennies which is a bit of a banger langer, but I like them all. I like So Human, the one that’s out now and then I like Jigsaw which is one I sing on. There’s something for everyone on there really, there’s electronic, there’s guitar based music, there’s hip hop and there’s stuff that I don’t even know what the hell it is, but its on there.

Why did you entitle the album Jigsaw?
I don’t know. I really don’t know, it just made sense at the time to call it Jigsaw

Your album includes flavours of Britrock, electro, dance-floor, would you say you were pigeon holed into the hip hop genre with your last album?
A little bit. That’s why I was getting a bit annoyed that in America they were just promoting Love Me Or Hate me because there was other stuff on my first album that could have defined me a bit more. Now I think people will realise that I’m a little bit more than what people thought I was

Do you think it will be easier to market your music with other British acts such as Lilly Allen and M.I.A around now?
Yeah definitely. In the past year and a half since I’ve been missing, people like M.I.A have totally blown up and you can’t really define her either because it’s just a genre that doesn’t really have a name. I don’t think I really got the full appreciation I deserved when I first came out but we’ll see what happens now.

Do you think having acts like these around makes you less unique?
No because at the end of the day I’m the originator whether people like it or not.

You received recognition from a number of international artists whilst signed have you maintained a good relationship with these people and are there any plans to work with them again in the future?
Yeah I would work with Gwen Stefani. I’m actually trying to get her on a remix of something right now. I spent like two months with her when I was on tour with her and we get on, and it’s not pretence, we honestly get on. At the end of the day, I’m only going to collaborate with people I get on with and people I like really

Are the signature ‘chav’ side ways ponytail, gold rings and baggy tracksuits making a comeback with you or have you had a whole image revamp?
No that’s all gone I don’t even wear side ponytails anymore, that’s gone. I like to crimp my hair these days and use a bit of colour. I wear a hat a lot but that’s just a comfort thing I suppose, so no side ponytails just a hat to the side.

Are you happy to retain the ‘chav’ label?
No! I’ve never liked that label. I’m not a chav no way! A chav is just not me. Let’s not even go there.

What do you want people to take from you and your music?
Maybe they can relate to it and enjoy it. I like to put a smile on people’s faces so hopefully my music will be able to do that.

What do you hope to achieve in the near future?
I want Midget Records to be an established well recognised label, with great artists that come out on it. I also want to keep doing what I’m doing, and there are things that I’m not going to say right now because I don’t want to speak too soon, but I’ve made certain things happen so we’ll have to wait and see.

How do you think you’ll be received by the UK after such a long break?
You know what I’m going to say don’t you. I don’t know. At the moment I’m just hearing reviews from the media and all that, but I just want my album to come out already so I can hear the true opinion from the people that buy it.

I read that you like to hear a new song every day, what new song did you listen to today?
Yeah I do, but I haven’t been able to listen to one today because I’ve been doing interviews all day! But when I get home I will get on the iTunes Genius and see what it recommends for me.

Are you a rebel or a diva?
I’m a rebel although I can be a bit diva-ish at times, it just depends on how I’m feeling.

And to end, a brief quick-fire love or hate session …