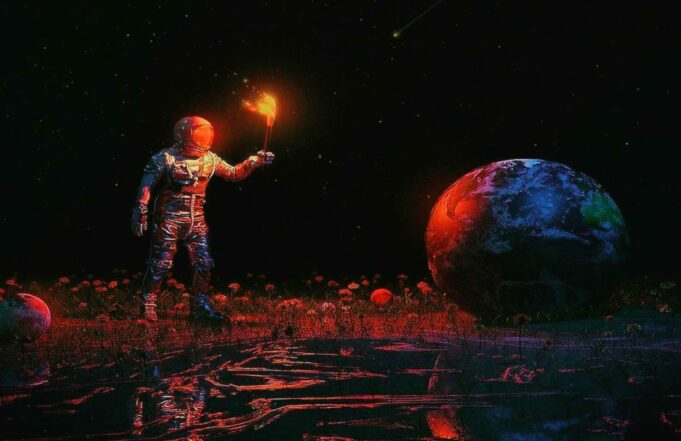 Interpreting the mathematics of N numbers has led them to the musical discovery and exploration of a fifth dimension, one more than the spatial dimensions and relative physics. With bold textures and a dynamic performance of highs and lows, ‘Travel With the Noise’ is an exciting new release from thedikatsmusic.

Formed of Rohith and Jayanth, thedikatsmusic is the enigmatic and exciting techno DJs from Hyderabad. Starting out DJing after school, their style has moved from dubstep and big room to indie melodic techno and Hitech trance.

Producing full power music with Logic Pro, thedikatsmusic describe themselves as two aliens on a mission to bring their banging dance sounds to earth.