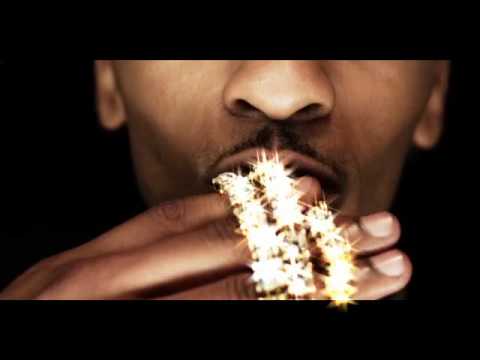 With the pending release of his much awaited new single, ‘Sumo’, Flavour teamed up with the South London Rapper, Twissman for an exclusive interview. This young man is the complete package: suave good looks, determination and confidence in his abilities. His title reflects the charming, yet streetwise, laid back but somewhat ambitious air you get when in his presence. He has performed on countless recognised urban stages, including Notting Hill Carnival and covered the Ayia Napa circuit, receiving regular support from Radio 1Xtra. One must not forget his unique videos, which have received heavy rotation from every urban channel.

The last time Flavour spoke to you, you were promoting the single ‘The Way She Moves.’ What has Twissman been up to since then?
A lot! I’ve been putting a few touches on the new album entitled ‘This is Twissman’ and promoting the new single ‘Sumo’. 2010 was a good year to make those much needed contacts. I’ve done quite a few collaborations, worked behind the scenes, and used the time to fine tune myself as an artist!

Sumo is your up-and-coming single, and very interestingly titled. So what was your inspiration behind it?
The singer Ginny B, (who is one of Sony’s top song writer), inspired the track with the chorus which pulled me straight in. Essentially it is a club banger, but if you want to know the real meaning behind it, it’s about the power struggle between the sexes in a relationship, obviously sex is implicitly implied.

I checked out your new video which has quite an exotic feel and an obvious oriental influence, talk me through it.
It’s a high budget video that I wanted to take it out of the bracket. My style is unique and unpredictable, so I try to fall out of the standard categories. My label wanted to expose the many dimensions to Twissman. Our aim was to appeal to the wider audience, taking it from being just commercial and extending it to a global level.

So we have talked about ‘Sumo’ and I know you have started promotion on AKA, Flava, Kiss, Virgin and Vox Africa. What we want to know is when can we buy it?
It will be released February 27 via I-tunes and available at all usual music outlets online. It has also been promoted on radio, presently play listed on 26 stations and currently 24th in the club/pop charts and rising.


Sounds very exciting! As an established artist, you’ve been on the scene for the last four years, what do you think is going make Sumo blow?
This one is for the party goers and we all love clubbing. I’ve adapted to what the audience wants, injecting my original flow, without making compromises.

What can we expect from your new album?
2011 is going to see the many dimensions to Twissman. The album consists of classic club music, rnb tracks, real talk and the waviest rap you will hear, all produced by the acclaimed and award-winning Mr ‘Woo’, (10 years Death Row USA /Suge Knight / Destiny’s Child). Amongst my UK collabs, you can expect to hear Sway, G Fresh and Jaja Soze. I have collaborated with a very serious Swedish vocalist, Jonas’ Jones.’ In addition, I have a few American vocalists that help give that transatlantic feel and complete the worldwide flavour I was looking for.

What are you working on at the moment?
In a nutshell, I am looking to suffocate the fan base with the finest tunes, so I am currently working on a mix tape for the streets, featuring Young Spray, Bullz (Ghetto Superstars), DVS, Johnny Gunz and many of the finest rappers in the UK today.

Let’s talk about Twissman the man. If you were stranded on an island, what three things could you not survive without?
My top priority would have to be music! Then I’d probably say the signature hats, followed by my 1 million/Versace aftershave, always got to look and smell good.

If you weren’t a musician, what would be your choice for a career?
A rugby player, footballer or boxer – highly qualified to do all three! (Laughs)

What are your two pet hates?
This one is easy. Girls that act like men and a man who is not a man of his word!

Twiss you have a large fan base, have you any words to say to your loyal fans?
I love you all, keep supporting and I’ll never be fake!

The single Sumo will be released on February 27 By ZY records. Hold tight for the album ‘This is Twissman’ which is out on July 3. Twissman can be found online at www.twitter.com/twissman.