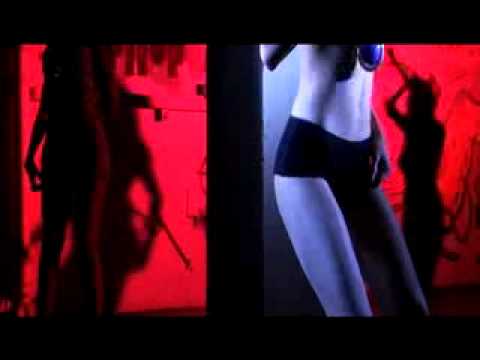 So where do you go after a club-banger like Too Many Man? You team-up with another talented UK artist of course, make a music video set in a place where the ratio of men to woman is just about even, put together a track about lust-at-first-sight and call it Lush. Taken from his album Microphone Champion, Skepta’s latest single Lush featuring Jay Sean, takes on a smoother, more rnb-inspired electro sound. The Boy Better Know member gives Flavour an insight into where he thinks the grime scene is heading, the secret behind his success and his new single.

In your new single Lush ft. Jay Sean, you talk about lust at first sight. When’s the last time you had one of those moments?
To be honest with you it happened to me on Facebook. This girl got me putting smiley faces and sh*t on the end of messages, and I haven’t met her [laughs]. I’m going sick!

What’s it like working with Jay Sean?
Jay is one of the coolest guys in the business. After I did the remix of Jay’s single Stay he said he would feature on a track for my new album Microphone Champagne. So we made Lush and it was a smash. He even flew back from a busy schedule in America to handle some UK business and feature in the video. So I got a lot of time and respect for him still.

Are there any other artists you plan on working with?
At the moment I’m trying to find artists that are either up and coming or a big star nobody has worked with as of yet. I’m aiming at singer in Girls Aloud [laughs].

At what age did you start-out in the grime scene?
I started out as a DJ so the vocal side of my career started late. I first remember spitting on a grime track when I was 22. Better late than never I saw.

What’s the one thing that’s got you to where you are now?
I put it down to hard work, good in-house friendly competition and a dedicated manager.

What’s been the best part of your music career so far?
The best part of my career would probably be touring in Australia in January with Wiley and Bless Beats. Can’t wait to go back. It was sick!

Who were you listening to growing-up?
I grew-up listening to a wide range of music. Reggae, Jungle, Hip Hop and garage were a big influence- production and beat wise. People like Bushkin, Mighty Joe, Tupac, Biggie Smalls, Camron, JME, Big H and D double were constantly in the player though.

What’s the weirdest thing a fan’s ever done or said?
[laughs] This summer I was performing in Malia and a guy dressed in a chicken suit said to me ‘Skepta, seriously, I am a biggest fan. Honestly if you were a girl I would F*@k you’. When he said that me and my DJ Maximum had to blurt. He was killing it.

I thought the Too Many Man parody, Too Many Weave, by Daniel Kaluuya and Jason Lewis was hilarious. What was your reaction the first time you heard it?
We were in Ayia Napa touring when we first saw it on the Grime daily website. I was in tears at the fact the face paint was almost identical. But-up everyone that was involved in that project still.

Do you think grime is one of those music genre’s that will always be around?
Grime will never die because it has become UK culture. We take influences from our roots and still manage to have our own forte. Grime is here to stay. And I think once you make a name for yourself in grime you can start experimenting with other genres and still have credibility.

Are there any other music genre’s you would like to experiment with?
I’ve experimented with a lot of genres in my career already. Grime, Garage, Jungle, Rap, Funky and Electro. My new single is Breatbeat with Trance elements. It’s something I try to keep in mind when releasing singles so I don’t get pigeon holed.

Finally, is there anything we should be looking out for?
Big-up all my supporters who bought my album Microphone Champion. Lush is the next single featuring Jay Sean. Download it on October 12th. It includes remixes from Fuzzy Logik and Rudekid. Lastly, all I’ve got to say is 2010 is going to be a big year for Skepta. Watch me kill it…. ‘Always ready’.