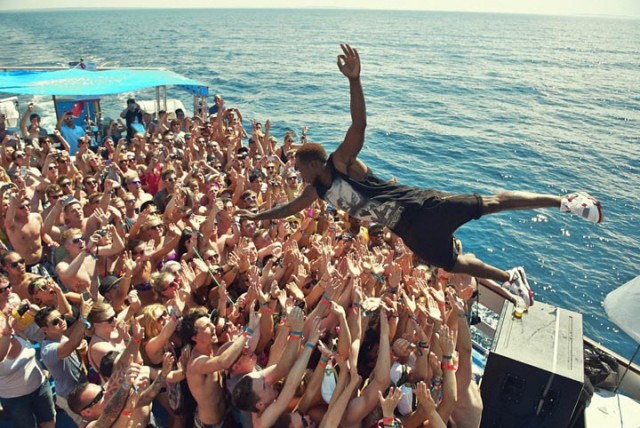 Festivals are the place to be this summer. They are the heart and soul of the season and where all the parties get started, so to help you get in the swing of things, here are our TOP 10 festivals to attend this year…

V-Fest – V Festival is an annual music festival held in England during the penultimate weekend in August. The event is held at two parks simultaneously which share the same bill; artists perform at one location on Saturday and then swap on Sunday. Although typically a rock music festival, a wide range of musical genres are accepted; in recent years pop acts have become more common. The “V” represents the Virgin Group, with the event being sponsored by Virgin Media.

Coachella –  Coachella still retains a somewhat “hippie” vibe yet, in most other respects it has grown beyond that niche, the event features many genres of music, including rock, indie, hip hop, and electronic dance music. With huge names in both the line-up and audience, Coachella has secured its place among the most well-known festivals in the world, and has consistently sold out since 2012.

Reading – the world’s oldest popular music festival still in existence. Each year the line-up boasts something for everyone, and you would normally find day ticket sales bring a variety personalities and ages through the gates.

Leeds – From punk and metal, through rock, alternative and indie to dance and nu rave, Leeds offers 80,000 music fans a chance to see hot new acts, and local bands beside big established ones.

Soundwave Croatia – Soundwave Croatia, one of Europe’s most friendly and intimate festivals as well as Best Music Festivals’ by The Independent, Soundwave is set in a secret cove at the heart of the Dalmatian Coast of Croatia. The festival from July to August 6th-10th. This should mean that families are now able to work the event into their summer holidays. Lovebox – Lovebox is an urban festival with an enduring mix of DJ’s, Rock and Roll madness and memorable artist’s performances. 65,000 fans attend for the variety of music styles including folk, hip hop, indie, rock, etc.

Forest Live – said to ‘Promise evenings with a unique atmosphere in beautiful surroundings’. Forest Live is based in a number of forests around the UK and provide family based entertainment throughout the weekend. The gigs are well known for their eclectic range of international artists, amazing atmosphere and their stunning locations. Headliners of 2015 – Paloma Faith, The Script, Tom Odell and many more impressive acts.

Glastonbury – A five-day music festival that takes place near Pilton, Somerset, England. Last year’s headliners (Arcade Fire · Metallica ·Kasabian) only set 2015 to be even bigger and better. One of the most awaited festivals of the year, Leading pop and rock artists have headlined, alongside thousands of others appearing on smaller stages and performance areas. Isle of Wight – Isle of Wight festival has taken off where it left off in 1970, putting on amazing shows by some of the biggest rock stars around at the moment. The festival has won numerous awards including ‘Best Major Festival’ which certainly sends across the right message on how your weekend will proceed. The line-up consists of some massive names including the amazing Calvin Harris, Red Hot Chili Peppers, Kings of Leon, Boy George and more! We would say this is one every UK fest-lover should go for.

And here’s a couple of festivals you may not have heard of yet: