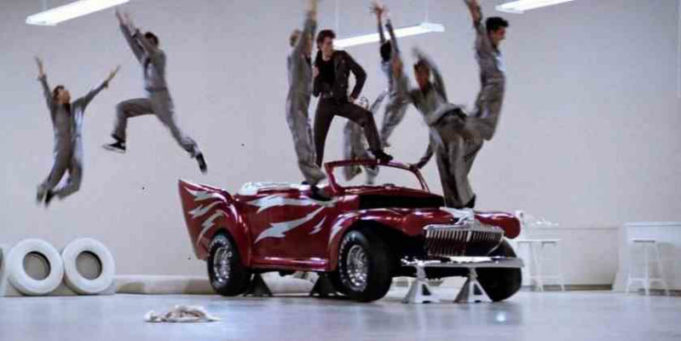 With Optimus Prime gone, we are all on the edge of our seats for the latest instalment of Transformers: The Last Knight. And whilst Thursday is not long to wait for its release in cinema, we could all use something to distract ourselves in the meantime.

To celebrate Bumblebee’s character in Transformers, ClickMechanic, an online marketplace for car repair, has ranked the top 10 car transformations across film history. This list will look at the best transformed vehicles in terms of customisations and design modifications. Did your favourite make the list? Of course Bumblebee has to get a mention! Admittedly, he transforms into a car, but he still deserves to appear on this list. Originally, Bumblebee is introduced as a yellow 1977 Chevrolet Camaro with black stripes, however, he updates himself to the latest model throughout the films, keeping his iconic yellow and black exterior.

When in car form, Bumblebee comes across as a living, self-controlled vehicle. He is able to drive unassisted and controls all aspects of the car including the doors and radio. Not to mention, in Transformers: Dark of the Moon, he can use his weapons whilst in ‘car mode’, making him the ultimate travelling companion, so long as he behaves!

2. The DeLorean in Back to the Future Despite this trilogy being released back in the 80’s, the Doc’s DeLorean/time machine remains an icon in film history! It gives the Doc and Marty McFly the chance to travel through time and change the future (eventually for the better).

Whilst the real vehicle could not fly or travel through time at 88 mph, the DeLorean DMC-12 could reach 0-60 in 8.8 seconds. A total of 6 of these cars were used during the filming, as well as one replica made entirely out of fiberglass for the flying scenes.

3. The Batmobile in Batman Begins No doubt, the latest Batmobile is an impressive vehicle, both in film and in life. Throughout the trilogy, Bruce Wayne relies on this tank-like creation for countless pursuits and escapes. It carries unimaginable weaponry, guidance systems and can even transform into a motorbike, which is why it makes this list! Whilst originally intended for military use in the films, this car’s design and abilities make it a reliable vehicle for the Caped Crusader.

A smaller version of the vehicle was created for the filming of a few chase scenes during the production, however, the full-size Batmobile was also more than suitable for the cameras. It can travel up to 100 mph and has a separate hydraulic brake installed which allows it to do hand-brake turns. You have to admit, it would be a fun one to drive.

4. The Ecto-1 in Ghostbusters Another classic vehicle in film history, the Ecto-1 is a 1959 Cadillac Miller-Meteor ambulance and hearse crossover. The Ghostbusters customise this distinctive vehicle and use it on their travels to catch ghosts. Its alarms aid in clearing traffic and the car’s design allows them to store their proton packs and Ecto Goggles; not to mention it advertises their services!

The newest Ghostbusters with an all-female cast introduces another Ecto-1 in the shape of an 80’s Cadillac Hearse. Whilst it is used in much the same way, it also carries a nuclear reactor on its roof, making it slightly more hazardous!

5. The Ford Anglia in Harry Potter and the Chamber of Secrets The Weasleys’ Ford Anglia in Harry Potter and the Chamber of Secrets has more attitude than most cars in film history. Powered by magic, this classic car makes several appearances throughout the film, beginning with the Weasleys using its flying ability to break Harry out of his room and bring him to Hogwarts.

However, after this we soon realise the car has more character than meets the eye as it spits the boys out, and makes its own way into the Forbidden Forest. It eventually returns to save them later in the film, emphasising that it does indeed care for the young wizards.

6. Lucy Wilde’s Car in Despicable Me 2

Despicable Me 3 will also be hitting the big screen at the end of this month and whilst Gru was originally introduced with his unique, evil-inspired car (if you can call it a car) – it’s agent Lucy Wilde’s compact, convertible car from Despicable Me 2 which makes this list.

As well as having the ability to transform into a submarine which allows it to glide through the ocean, this car can take flight by extending wings and converting into a jet plane. It’s clearly an essential tool for Lucy’s agent-lifestyle and, hopefully, it will make another appearance in the latest film; who knows what it will do next!

7. The Lotus Esprit in The Spy Who Loved Me Every 007 fan recalls the moment Bond drove straight into the ocean in The Spy Who Loved Me and transformed his Lotus Esprit into a submarine at the push of a button. Whilst many Bond cars feature some impressive tech, this one makes our list because of its innovative transformation and wow-factor.

Despite the filmed Lotus Esprit/submarine not actually being an amphibious vehicle, there is a car which comes close to Bond’s drive. The Rinspeed sQuba can operate whist entirely submerged under water. True, it can only move at 2 mph when under water, however it is certainly just as stylish. After being customised and restored by Caractacus Potts’ eccentric inventions, Chitty Chitty Bang Bang is able to transform into both a boat and a plane when needed. It can deploy flotation devices and spread its wings, saving the day more than once in the film. It’s another iconic car to make this list!

Originally, there were several cars made for the filming of Chitty Chitty Bang Bang, however only one actually drove. The vehicle was designed by Ken Adam and built by the Ford Racing Team. It featured a Ford 3-litre V6 engine and a dashboard plate from a WW1 fighter plane. Admittedly, this is more of a tuning-up job, however Grease’s Ford De Luxe deserves a mention on this list. The car is seemingly falling to pieces at one stage and, with their reputation to uphold, the Thunderbirds put all of their effort into repairing and upgrading it. After fantasising about the results and naming it during a song and dance sequence, their transformed car is finally ready to race and earns them their respect.

The fantasy Ford De Luxe even makes a surprise appearance at the end of the film and appears to drive into flight with Danny and Sandy seated!

10. The AMC Matador Coupe in The Man with the Golden Gun In The Man with the Golden Gun, we see our villain, Francisco Scaramanga, make his escape from Bond in this vehicle. With attachable wings, it is able to transform into a plane and take flight, leaving Bond powerless on the ground.

Sadly, the actual machine could only fly for about 500m, so a small-scale model had to be built for the flight scenes. A stylish entry to finish the list to say the least!