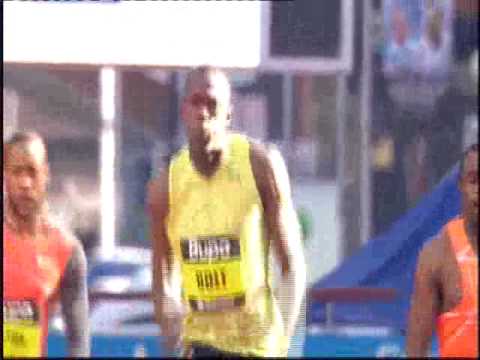 Put him in an Olympic stadium or a shopping street in the centre of Manchester and the result is the same: total annihilation.

The frightening thing is that the big Jamaican, who pushed back the boundaries of possibility last summer when he won three gold medals in world record time in Beijing, insists he is still only 70 per cent fit following an interrupted winter and the loss of nine days’ training after his car crash last month.

His winning time in Sunday’s rarely run 150 metres was an eye-popping 14.36sec, smashing the previous best-known time for the distance of Canada’s Donovan Bailey – 14.99sec run on bend against Michael Johnson in 1997.

What do you think of Usian Bolt? Leave your comments below