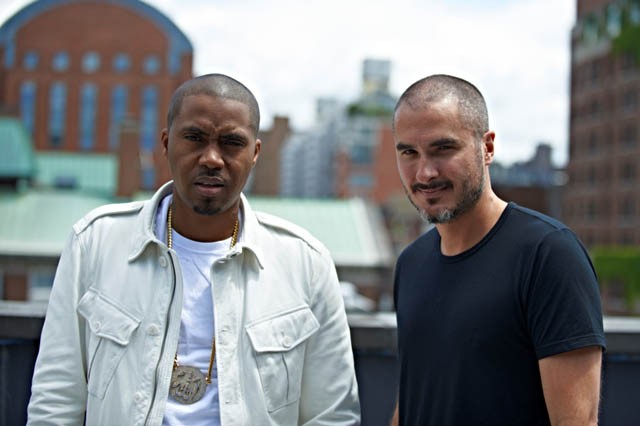 Sunday 17th August at 9.30pm on MTV Music will see Relentless Ultra Presents MTV SOUNDCHAIN with NAS where he discusses everything from witnessing the Biggie & Tupac beef, working with Dr Dre and his own famous feud with Jay Z

NAS is back! Before festival season kicked off the infamous rapper sat down with DJ Zane Lowe to discuss his incredible 20 year long career in Hip Hop and arguing that mainstream music today is focused on money and not the music, Nas said: “It’s really about money now, and back then, during that period when you talk about me battling with Jay, it was about something else.”. In the 30 minute episode, Nas reveals some remarkable insights into his perspective of the music industry in both the early nineties and where it stands today.

Along with Nas’ insight into the music industry he takes Zane back to the height of rap where the East Coast battled the West resulting in the tragic deaths of two of his big rivals: Biggie and Tupac. At just 22 years old, that moment inevitably had an effect on Nas, confessing to Zane that: “when those two guys passed away I [Nas] thought it was the end of rap”.

Nas’ performance of his classic ‘The World Is Yours’ live at the Blue Note Jazz Club, Manhattan, is outstanding, with Zane openly championing it as one of his favourite performances from the entire series.

Relentless Ultra Presents Soundchain celebrates today’s most influential music talent through a mixture of captivating interviews, exclusive live performances and videos. Who better to host it than the UK’s number one tastemaker and international new music champion Zane Lowe, who has been an intrinsic part of the UK music scene over the past decade, whilst shining a light on today’s most important new musical talent.

These shows provide a fascinating platform for host Zane Lowe to discuss each artist’s influences and the next generation of emerging artists who they’ve inspired. Created in partnership with Relentless Energy Drink, the music chat show’s fourth episode will premiere on MTV UK’s flagship music channel, MTV Music on Sunday 17th August at 9.30pm.

Acts to follow on Soundchain are Jake Bugg, Biffy Clyro and Queens of the Stone Age with previous episodes looking at Kasabian, Ed Sheeran and Chase & Status.