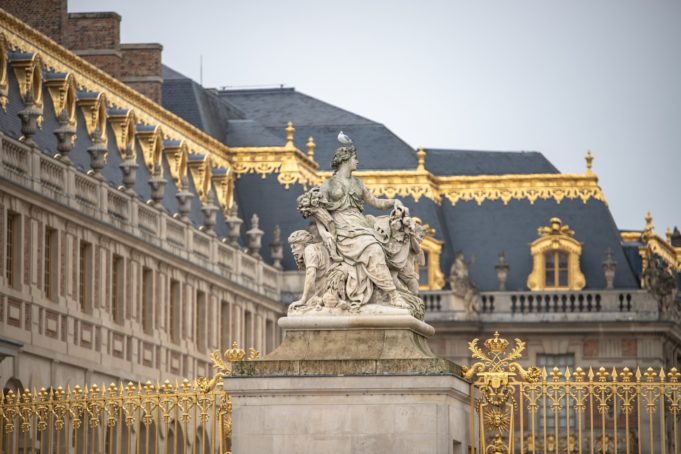 The British royal family have been inspiring our style for decades; whether we’re enjoying Kate’s latest summer dress, Meghan Markle’s enviable shoe collection, or the colourful outfits of Queen Elizabeth herself, we just can’t get enough of royal fashion.

But the UK isn’t the only country to have such a stylish royal line – here, we’re teaming up with Angelic Diamonds to take a look at the most stylish royal men and women from around the world:

*Comparing global search volume from the month before appearance to the month of.

Never one to shy away from a bright block colour, Queen Letizia of Spain is always looking flawless and put together. Take it back to King Willem-Alexander’s 50th birthday in The Netherlands for example when she wore a red one-shoulder Stella McCartney cape gown with matching heels. She opted for red again when she attended the state banquet at Buckingham Palace in 2017, turning heads as always.

Also as part of her state visit, Letizia wore a beautiful floral skirt from one of her favourite designers, Carolina Herrera. After this appearance, searches for the term ‘Carolina Herrera skirt’ rose by 50% from June to July of the same year.

The Duchess of Cambridge is a firm favourite with both the British public and fashion designers around the world. Research revealed that she was the most likely to convince American shoppers to purchase a UK brand, the Duchess of Cambridge has built up a loyal fashion following over the years. In fact, her influence on fashion even has its own name — ‘the Kate effect’.

It’s not only the UK nation that appreciates her either when she wears an item of clothing or an accessory, it reportedly increases the desirability among 38% of US shoppers. In October 2018, she rocked up to the Victoria and Albert museum wearing a cute tweed dress. After this appearance, everyone wanted a similar garment! In fact, search volume between September and October for the term ‘tweed dress’ rose by 50%.

In scenes that wouldn’t look out of place in our favourite fairy tales, Princess Mary married Prince Frederik of Denmark back in 2004. She is known for her fairy tale dresses, statement dress coats and pillbox hat — often being compared to Jackie Kennedy.

It’s not surprising that women all over the world want to emulate her designer style. In May 2018, she attended the Copenhagen Concert Hall in Denmark wearing a blouse and pleated skirt by designer Charlotte Eskildsen. The designer would’ve been pleased for this exposure — searches for ‘Charlotte Eskilden’ rose 51% after Princess Mary was spotted wearing the brand.

Crown Princess Victoria of Sweden appears to be a fan of Kate Middleton – Victoria was photographed in a mini navy pleated dress in 2015, the same one that the Duchess of Cambridge had worn a year prior.

Her outfits typically involve bright and eye-catching colours. At a sustainability awards in August 2017, Princess Victoria decided to wear a cocktail dress from designer Maxjenny. Not only did people want to take her picture, but they wanted a similar dress for their own it seems. Searches of the designer rose by 222% from July to August of the same year.

As the newest member of the British royal family, Meghan Markle has been making style statements from day one. There are 22,000 monthly global searches of the term “Meghan Markle style” — it seems that she’s made some global fashion fans! And of course, we’re all eager to copy her look.

It was Meghan’s silk gown that she wore after her wedding ceremony that was the most memorable of all her outfits. After she was photographed in this look, high-street designers began to replicate the look, knowing that she’d be setting the next trends. Research revealed searches for ‘halter neck dresses’ were up 40% following the royal wedding and the term ‘halter neck tops’ increased 21% week on week as people tried to replicate her look on the special day.

Meghan has even sparked an internet trend or two. When her beautiful diamond ring from Prince Harry was revealed, everyone else wanted to feel like a duchess too. In fact, global search engine data reveals a 50% increase in searches for ‘three stone ring’ from October to November 2017. Following her official engagement announcement, Meghan showed up at a Nottingham event with a tote bag from brand Strathberry. Following this appearance, a 398% increase in searches for ‘Strathberry’ occurred from November to December 2017.

Prince William always looks perfectly put-together and impeccably groomed, whether he’s out with Kate and the kids, or dressed up in his uniform for a special event. His colour palette includes a mixture of greys, whites and blues with touches of red, giving off a regal vibe. His trademark look involves a classic white shirt combined with a tailored navy suit.

Prince Harry prefers a more laid-back version of royal style. Ever since he found love with the Dutchess of Sussex, he has really upped his game in the style stakes, embracing tailored suits and an overall more polished look. He has also discovered his love for the colour green (said to be Meghan’s favourite). This stand-out shade gives an edge to his wardrobe, whilst also complementing his hair colour!

Known in the press as the ‘real-life Prince Charming’, Duke of Värmland is both perfectly polished and charmingly rugged. As one of the only members of the royal family to sport a beard, this Swedish prince isn’t afraid to try out something a little different. He’s also known for his impressive collection of bow ties, as well as his assortment of military medals.