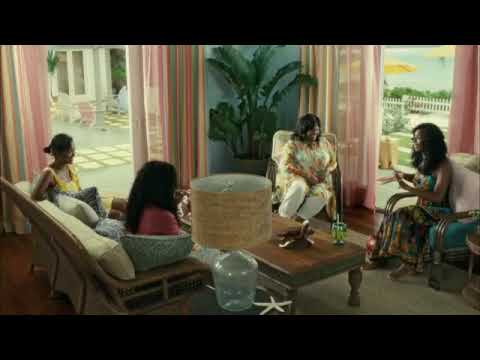 One of the perks of being a journalist is you get to meet a number of famous people. But it’s not every day that you get to sit down with names as huge as Janet Jackson and Tyler Perry. Janet Jackson, sister of Michael, is one of the biggest selling recording artists in history, with over 100 million records sold worldwide. Tyler Perry is the actor, playwright, screenwriter, director, producer and author whose films have grossed over $400 million. He was ranked by Forbes magazine as the sixth highest paid man in Hollywood last year. While Perry may not be as well known on this side of the pond, he is a household name in the US having either written, produced or directed eight high-grossing box office movies since 2005. Most recently he was executive producer, alongside Oprah Winfrey, for the Oscar-winning film Precious.

Perry and Jackson are in the UK to promote their latest collaboration Why Did I Get Married Too? – the first of Perry’s films to be released over here. It is the sequel to the 2007 film Why Did I Get Married? and both films were written and directed by Perry. The movies explore the lives of four sets of married couples, who every year go off on a retreat where they discuss their relationships as well as spending time reconnecting and getting to know each other all over again. But as you can imagine, all doesn’t go smoothly and the first film examined themes of infidelity, betrayal and heartbreak.

As I sit in the in the waiting area of the Dorchester, I can’t help but feel some apprehension at the prospect of sitting a foot away from two of America’s biggest icons. I’m feeling a little nervous. But I needn’t have worried as the down-to-earth and relaxed Perry quickly makes me feel at ease, cracking a joke soon after I sit down. I begin by asking him why he chose to make a sequel.

More to say
‘This is the only film that I have written [where] I felt the characters had more to say,’ explains Perry. ‘Even now if I were to listen to them and there is more, then I would do another one.’

One of the aforementioned characters is Patricia played by Janet Jackson; a psychiatrist who finds it easier listening to other people’s problems then dealing with her own – including the death of her son in a car crash. I’m curious to find out what it was about the role that attracted her to it. ‘I loved the character and what Tyler had written,’ she replies softly. ‘I loved the script and felt it was really interesting. It was an ensemble piece and it was about relationships; something that everyone can identify with.’

And are there any marriage tips you’ve picked up from the film? ‘For me, is life is so precious; you never know when it is going to end’, says Tyler boldly. ‘If you love someone you have to really let them know that you love them. Communication, honesty and a little bit of Jesus will take you a long way.’ ‘And I agree!’ interjects Janet with a smile. Money ain’t everything
As is often depicted in many African-American films, you’re only somebody if you have money and without it you are simply not worthy of a black woman’s time or attention. But a recurring theme in Perry’s work (who has been writing since 1992) seems to be giving the blue collar worker a chance – just because you don’t drive a BMW doesn’t mean you aren’t a good man. I always root for the underdog; I just love the underdog that nobody thinks can do it,’ he replies passionately. ‘It’s my own story and I love to see that person come up and come out and do very well.’ Self-made man
He’s referring to his own highly documented rise to fame after coming from a poverty-stricken and abused background in New Orleans. It was a simple piece of advice from Oprah Winfrey that set Tyler’s career in motion. Encouraged to keep a diary of his daily thoughts and experiences (‘It was my catharsis’), he began writing. Spending all his money to produce his first play in 1992, it was a flop and he found himself sleeping in seedy motels – even kipping in his car at times – until
his break came in 1998. He attributes much of his success today to his faith in God, and believes it has affected his career from the start. ‘[My faith] has guided my career from day one. I clearly have faith, I clearly believe in God and I make no apologies for that,’ he states avidly. ‘Everybody can believe in everything and there is no backlash to it, but I believe in God and I don’t apologise for it.’

A very efficient publicist instructs me that my time is up, but Tyler allows me one more question. I turn my attention to Janet and ask her about her forthcoming book and single. ‘I wrote the theme song for Why Did I Get Married Too? along with Jermaine Dupree. It’s just been released here but it has been doing incredibly well in the States and charting in different places that I never even thought possible – or never dreamt of, I should say,’ she replies sweetly. ‘As far as the book goes, it is coming out in the fall and it is called True You. It’s not an autobiography but there are anecdotes that lead you up from my childhood until now, and I did that because I wanted it to appeal not just to adults but also to children and teens as well.’ And with that, my time is up.

Why Did I Get Married Too? is released nationwide on September 3. For more information visit
www.lionsgatefilms.co.uk