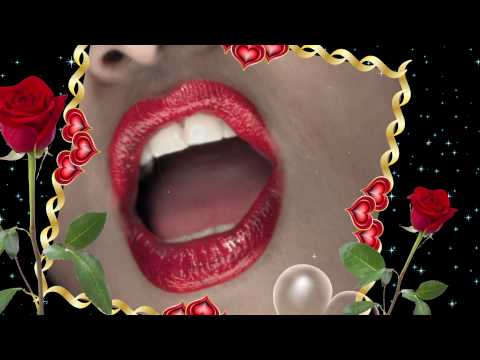 Hello Desi Flavour heads. Welcome to another instalment of your favourite blog of all things Desi from the UK. Two weeks really is a long time in showbiz and that’s no different in the Brit Asian scene where much has happened as July turned into August. The mela season is now done and dusted, with London mela closing what has been an incredible two months of festival madness. The nation has once again witnessed a season of awesome Asian music during a summer which has seen more melas than ever before. London mela drew an unbelievable crowd of around 90,000 strong who watched the likes of Imran Khan, PBN, Raghav, Panjabi MC, Sonna Rele, Jaya, Shizzio, Jernade Miah and Rishi Rich with his entire crew tear up the stage. The DJ support was nothing short of a dream line up either with Westwood, Nihal, Panjabi Hit Squad, DJ Kayper, The Wideboys and even Reggie Yates stepping up to the decks. The atmosphere was electric and rounded off a memorable season of Asian music festivals in the UK.

You can relive the entire mela season on a special programme, A Summer of Melas, to be aired on the BBC Red Button for a week from Monday 16th August.

One person who was absent from the melas this year was Jay Sean. He has a very good reason as well as he’s been promoting his brand new single 2012 in the States. The track features rap princess of the moment, Nicki Minaj and is a fun upbeat pop number, a style which Jay Sean fans are becoming accustomed to. The hook up with Young Money/Cash Money label mate Minaj makes sense and the two seem to make an unstoppable duo. The song has all the makings of another hit for the Brit Asian boy from Hounslow, who is becoming every bit the definitive global pop star. In fact the video even features Jay partying up in London, New York and Japan and keep your eyes peeled for a Spicy cameo as well! G’wan Jay. As Jay hooks up with Nicki in the States, over in India, Brit-Bollywood Queen of hip hop Hard Kaur also has a collaboration up her sleeve. She’s hooked up with Detroit rap collective D12 and in the process returned to her more urban roots with the track Desi Dance. The single was recorded in London, Detroit and Bombay and is a somewhat experimental hip hop track with Asian influence. The video was shot in London whilst D12 were performing in the UK with Eminem. Hard Kaur explains “I’ve been so mad busy with everything that I’ve been working on in India which meant that my first love had to take a back seat. I can say that I’ve made it in India in the mainstream and could be relaxing but my music fans always give me so much love and I just had to do this for them. I wouldn’t be satisfied if I didn’t create a record for them.”

Watch for the video for Desi Dance coming real soon.

While we’re on the topic of Asian ladies in hip hop let’s talk M.I.A, who I must honestly say, I’ve not always rated. I think with M.I.A you either get it or you don’t and for a while I didn’t get her but in the last couple of years she’s blown up and is on par with Jay Sean as a massively successful British Asian export. Hats off to the girl for staying true to herself and not churning out the usual. She is quite simply one of the most unique artists of our generation.

Check out the video for her latest single XXXO

What happens when Bollywood legend Shah Rukh Khan asks 2Point9 Records’ newest signing Jernade Miah to perform for him at a private party? The answer is below. Jernade, an artist who I’m tipping too for big things, simply blows King Khan away and walks away with one of the biggest compliments he’ll ever receive as Shah Rukh labels him the ‘next big star’. Jernade’s latest single Empty Box will be dropping real soon.

Time to wrap it up for another week but I will spare my last words for two recent disasters. The first being Preeya Kalidas’ Shimmy, which after all the hype only managed a poorly no.85 in the charts. Let’s hope it’s not curtains for the talented and genuinely lovely ex-Eastender. And lastly a real world disaster which has taken place in Pakistan has united many to support the cause and it’s great to see so many artists and celebrities from all walks of life doing all they can to help the millions affected. To donate £5 to the DEC’s Pakistan floods appeal simply text ‘GIVE’ to 70707.