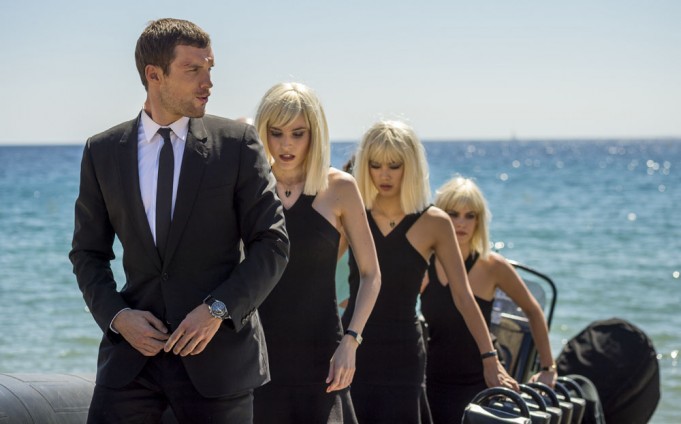 With the release of The Transport: Refuelled on the 26th of December, We have teamed up with Icon Film Distribution so our lucky readers can win a copy of the film on DVD. Frank Martin, played by newcomer Ed Skrein (Game of Thrones, and soon to be seen in Deadpool and Kill Your Friends) a former special-ops mercenary, is now living a less perilous life – or so he thinks – transporting classified packages for questionable people. When Frank’s father (Ray Stevenson; Thor: The Dark World, The Book of Eli) pays him a visit in the south of France, their father-son bonding weekend takes a turn for the worse when Frank is engaged by a cunning femme-fatale, Anna (Loan Chabanol; Third Person, Fading Gigolo), and her three seductive sidekicks to orchestrate the bank heist of the century. Frank must use his covert expertise and love for fast cars, fast driving and fast women to outrun a sinister Russian kingpin, and worse than that, he is thrust into a dangerous game of chess with a team of gorgeous women out for revenge.

From the producers of Lucy and the Taken trilogy, THE TRANSPORTER REFUELLED is an entertainingly fresh spin on the iconic role of Frank Martin that re-launches the high-octane franchise to a new generation of thrill-seekers.

We have 3x DVD of the film to give away, all you have to do is email your with your name and address to comps@flavourmag.co.uk. Be sure to write “The Transport: Refuelled Competition” in the subject header. Winners will be chosen at Random on 11th of January 2016. Good Luck!