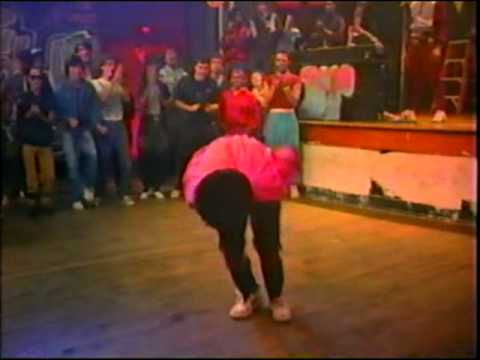 Flavour Magazine has teamed up with iDance to give two lucky people the opportunity to win a pair of tickets that will give them: 2 day entry into Thorpe Park on 4th and 5th June 2011 along with tickets to watch all the UK Hip Hop Dance Championship events including the Grand Final which will be taking place at the nation’s thrill capital, Thorpe Park, over the weekend. The winners will also take part in a masterclasses with members of the judging panel.

The grand final will see the winners from the regional events compete against each other for the grand prize, the right to represent their country at the World Hip Hop Dance Championships in August 2011 in Las Vegas. This year, the judging panel for the UK finals includes legendary dancer, Shabba Doo, star of Breakin’ and choreographer to Madonna.

The iDance® UK Hip Hop Dance Championships is run by dancers for dancers and is the only event that qualifies British Hip Hop Crews, Breakers, Poppers and Lockers for the World Hip Hop Dance Championships in America, produced by Hip Hop International, creators of ‘America’s Best Dance Crew’, on MTV. Members of the top UK crew will have their flights paid to go Las Vegas this summer to represent the UK, so the competition is heating up!

Previous winners of iDance have included Plague who went on to win the world championships in America; Flawless, who went on to become finalists on Britain’s Got Talent competition in 2009; Peridot (BBC’s Move Like Michael Jackson, Britain’s Got Talent); Jukebox and DNA (featured dance groups on Sky 1’s Got to Dance). Omar Paloma, founder of iDance said: “For the past two years, iDance has seen some of the best hip hop and street dance crews from across the UK compete for a lucrative spot at the World Hip Hop Championships. The competition is only going to get tougher as we see the boundaries of this dance genre being pushed to their limits and beyond. The UK has some exceptional dance talent and we’re looking forward to sending the winners to represent us and show the world of street dance exactly what the UK is made of. ”

To be in with a chance of winning this fabulous prize tell answer the following question:

‘What cult 80s dance movie did Shabba Doo star in?’

Email the answer along with your name, address and phone number to comps@flavourmag.co.uk. A winner will be notified by June 2.

For further information or to buy tickets to go to the finals please visit http://www.ihiphopdance.com or call 01923 225671.