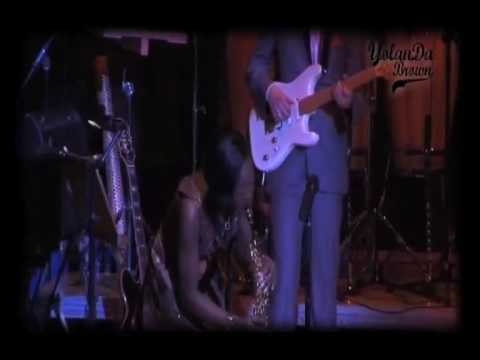 Flavour are giving away two tickets to see YolanDa Brown live in concert in the IndigO2 on 19th November, in what will undoubtedly be a milestone concert. Brown will be accompanied by her full Live Band, Backing Vocalists and very Special Guests.

Double MOBO Award Winner, saxophonist YolanDa Brown is widely regarded as the emerging “voice” of mainstream Jazz in the UK.

Brown who is to be honoured an horary Doctorate of Arts by the University of East London in December 2010, has had an amazing career so far.  She has 2 independently released EPs, 2 MOBO awards and sold out concerts in tow, all before her debut album is released.

YolanDa says: “It has all happened really quickly and I am enjoying doing what I love. My debut album due for release in 2011 will definitely shock a lot of people who have made their mind up as to who they think YolanDa Brown is.”

Prior to the release of her eagerly anticipated album in 2011, Brown will be playing at the IndigO2 on the 19th November 2010. She hopes to try out new material as well as “send off 2010 in style”, in what has been a fulfilling year both career wise and personally.

She has also been the chosen “curtain raiser” for artists including The Temptations, Diana Krall and David Sanborn at the Barbican, Royal Albert Hall and venues across the globe.

To win this pair of tickets, simply send your name and number to comps@flavourmag.co.uk.

The winner will be chosen at random. Competition closes on 15th November.