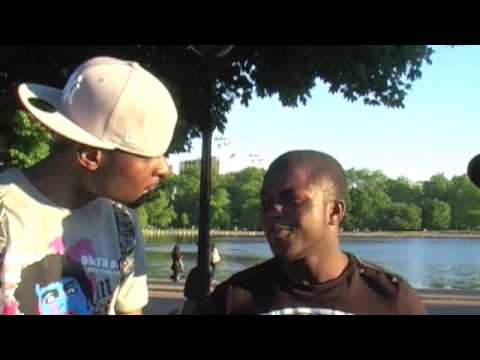 Femi McCool is the young and talented Presenter and Actor who created and hosts internet hit show ‘Wag1 TV’ with the latest Episode hitting the TV screens in the U.K. His unique style of interviewing makes the show what it is, with his quick thinking and sarcastic approach to the responding publics answers. Currently 19 and in University pursuing a Degree in Television Broadcast Production, Femi also has an interest for production and expects great success in the near future.

Where do you see yourself in 5 years time career wise?
I like to think BIG, so in 5 years time I would like to have had my own TV show on mainstream television and also expand on my acting career.

Who would you most like to interview [Past or Present]?
That’s so hard to answer, but I’ll probably go with Jay-Z I respect his success.

What is your favourite interview or show you have done?
It has to be the 6th episode of Wag1 TV – What women and men want in relationships. Everything about that day was fun it was a good vibe and a good episode.

Who is your favourite Actor – Actress and TV Presenter [All 3] and why?
My favour actor is Denzel Washington it may sound like a common option but his acting skills are on a different unique level.

My favourite actress will probably have to be Nia Long, I don’t think I’ve seen her in a bad film and she gives 100% with her character roles. She’s also very attractive!

My favourite TV presenter is Jonathan Ross. Hands Down. He reminds me of myself.

He’s extremely good and he’s definitely one of my inspirations.