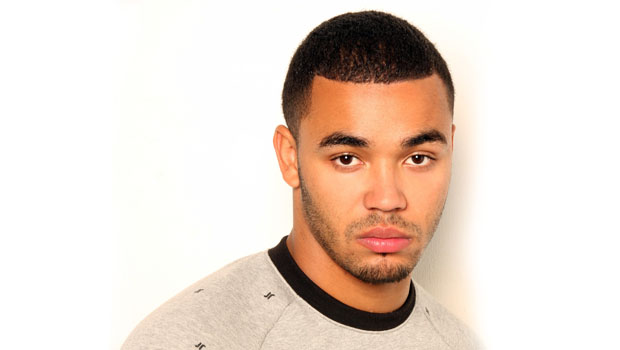 Yungen, 21, is a lyrical wordsmith from south London, with club banger ‘Money, Doe, Paper’ out now, while achieving 15,000 downloads with his first mixtape Topic Of Discussion. His fan base is growing daily and he gets thousands of hits on his videos on YouTube. Flavourmag chats to Yungen about Ed Sheeran, his Beyoncé and the US… How did you first get into music?
Round my estate I had an older cousin who used to MC, and being from South London, Brixton, there was Giggs rapping round the corner. When you’re a kid you want to be involved in that, so I said, yeah, I’m gonna be a rapper. I tried to start rapping and I was rubbish at first. Then I was shy because I knew I wasn’t that good but I put up a video called ‘Hometown’. Just messing about, it was a song about my ends and got loads of views on YouTube – this is when people weren’t really getting views. I was, like, wow, people really care about my music and I took it from there.

Where did the idea for ‘Money, Doe, Paper’ come from?
I was in the studio vibing and maybe thinking about money or something and I wanted it to be different. The beat was clubby and I didn’t want to talk about a club. My actual concept is you work hard and then you spend your money in the club – without saying “we’re in the club”.

The video is unlike your others, it has a more artistic feel.
We had a meeting with the video director before we shot it and we wanted to do something really different, something that will stand out. Before, a lot of my videos were hood videos, so he brought the idea of doing the abstract stuff and I’m all for it. He sent me over an idea. Then we got a stylist and I wear crazy clothes, so it was wicked.

You’re known for your wordplay, is this important to you?
Yeah, very! I like to be very lyrical, that is what I enjoy doing when I’m rapping. I don’t like just rhyming.

Who inspires you most?
Krept & Konan and I like Jay-Z. Jay-Z is more than just a rapper and I love that. He has his business on the side and obviously he has Beyoncé. Seeing as the theme of the shoot is ‘hot shots’ and since you’re looking for your Beyoncé, if you had to put together you’re hottest celebrity girlfriend, whose face, body and legs would you choose?
Nicki Minaj’s legs, definitely. The whole top half might have to be Megan Good from the waist up. I like Rihanna a lot, I like her face. So basically Rihannagoodminaj (laughs).

You have worked with a lot of artists, Krept & Konan, Chip, Tinchy Stryder to name a few – who has been your favourite?
Krept & Konan because we are actually friends so it’s never forced. I’m around them in the studio a lot, making music together and giving each other ideas.

You have the track ‘Too Young’ on Krept & Konan’s new mixtape Young Kingz.
I’m so happy to be part of it and I really like the tune. It’s not one I just jumped on, we sat in the studio all day from morning till the next morning working on it. Being around them and seeing their success, it’s like this thing can really happen with no label, no backing off anyone.

Who would you like to collaborate with next?
Definitely Ed Sheeran. I love that guy; I’m a massive fan. I like the track ‘You Need Me, I Don’t Need You’. I can relate to it. How do you relate to it?
With some people I just feel I don’t really need you but I feel like I’m going to prove that you need me. I just feel the vibe from that song.

How do you feel about the success of your first mixtape Topic Of Discussion?
It’s amazing because it shows everything I’ve been doing previously has been shown in the downloads. With a lot of people they get loads of views and get a lot of love on Twitter, but when it comes to their CD getting downloaded people will not go out of their way. But it shows I have built a good solid core fan base.

A new mixtape in the works?
Eventually, I’m putting together tracks at the moment. I want to create it around a concept. I don’t just want to have 17 tracks and it doesn’t make sense. So tracks that will build towards a mixtape, EP or album. I go through stages where I think, yeah, I wanna do a mixtape or I want to do an album, and it will change in a day.

Where will you be in five years?
I’d love to be doing tours and selling out shows. I’d love to be an established act. Right now I’m very new and I’m very young. I wanna be a household name. I’d love to start with breaking America.