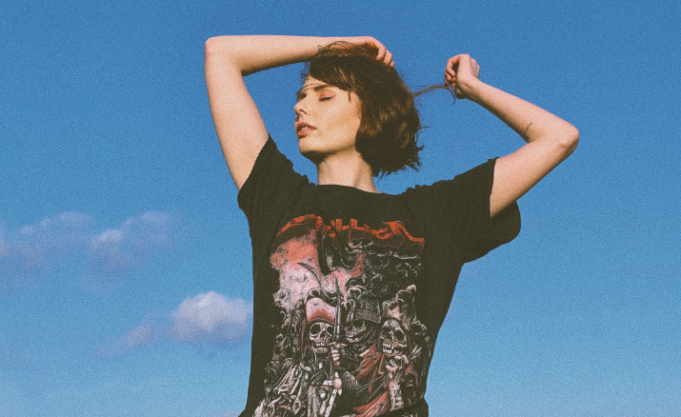 From touring with Bon Jovi to performing at Reading Festival, BETSIE GØLD has huge things ahead of her.  We chatted to her about her new single ‘Ur The Party’, embarrassing on-stage moments and her headline show at O2 Academy Islington.

You released your new single ‘Ur The Party’ a few weeks ago, what has the reception been like?

Really positive so far! I’m fortunate enough that I haven’t had anyone be mean to me… yet

What was the inspiration behind the track?

Basically knowing that something or someone is bad for you but not being able to/not wanting to stay away. I wrote down the idea for it when I heard a girl say to her friend “I never want to leave! Is that bad?” and it just stuck with me.

What’s your songwriting process like? Do you do anything to get into the ‘zone’? I’m constantly writing down lyrics on my phone, which I tend to use when I enter a co-writing session. It’s useful not to turn up empty-handed! My co-writer/producer (Kaity Rae) and I always have a big chat before we start a session to see what’s going on in each other’s lives, and we always find inspiration in something that’s been said.

Do you remember your first music experience? Was there an artist, group or song that changed your life?

Yes! A schoolfriend played me some Bon Jovi tracks and I binge listened to their back catalogue and said to my Mum “I want to do what they do”.

You supported Bon Jovi on the Canadian leg of their tour; did they give you any advice about surviving in the music industry?

I’d love to be able to remember any of the conversations I had with Jon Bon Jovi, but the entire experience was so unbelievable that it feels like it was a dream! Probably something like “there is only one you”. That seems like something JBJ would say, right?

What has been your most embarrassing on-stage moment?

One time after my set I forgot to turn my mic off and said “I’m the sweatiest I’ve ever been” to two thousand people. It makes me feel icky remembering it.

You’ve previously performed at Reading Festival. if you could organise your own music festival, what would it be called and who would be your dream performer?

I would call it GØLDFEST and I’d have Lizzo headline! She is f’ing amazing.

‘Down Under’ by Men At Work. Because it’s funny and weird as fuck

I’m releasing music all throughout the year which I’m so excited about! I’ll be announcing my new single. I also have two headline shows in June (11th at O2 Academy2 Oxford and 12th at O2 Academy2 Islington).