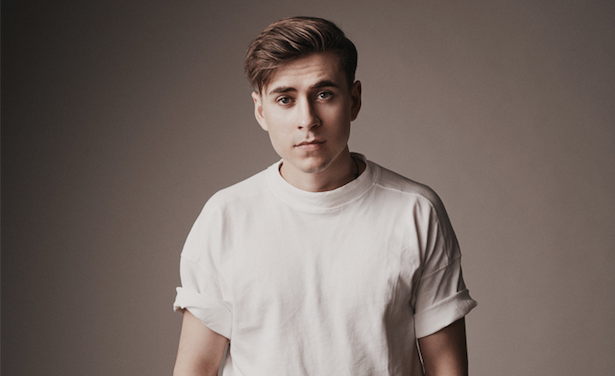 Meet Finnish Singer-songwriter Tomi Saario, one of pop’s most exciting new hopes taking off in 2020.

Although Tomi has been strumming on six strings since childhood, it wasn’t until he was 17 that he wrote his first song. Now back with his new track ‘Don’t hurt yourself‘, we chatted to Tomi about his new music, inspirations and lockdown activities

Tell us about your single ‘Don’t hurt yourself’. What inspired the track?

T – “Don’t hurt yourself” is about being in love with a friend that is in a relationship with somebody else, even though it is clear that both of you feel the same. You end up just playing hide and seek with your emotions because it feels easier than facing them head-on. It wasn’t really inspired by anything specific, but rather a sum of experiences from all the writers involved; Me, Axel Ehnström and Fanny Hultman.

What’s your songwriting process like? Do you do anything to get into the zone?

T – I don’t really do anything specific, but I’m always gathering ideas as I go through my day so I’m ready to write whenever.

Sometimes I have no ideas at all though and that’s okay too.

I usually start writing by first grabbing my guitar and eventually something interesting happens in my playing that then inspires me and awakens some sort of an emotion to try and put into melody and words.

How do you feel your songwriting has developed since you began making music?

T – Songwriting is all about honesty. The more I’ve grown as a person and lived my life, the easier it has become to approach writing a song with honesty.

People crave for things to relate to and that can only happen when you really open up.

When you were growing up, which artists/records did you hold dear?

T – The first record I ever got was the greatest hits by the Beatles so that is an important one for sure.

Also, Continuum by John Mayer, Voodoo by D’Angelo and the VHS tape of Stevie Ray Vaughan playing at Austin City Limits have influenced me massively.

We’ve all been in lockdown for a few months, how do you keep yourself busy? Do you find it difficult to be creative?

T – I did find it difficult to be creative at first because for some reason all of the worry and anxiety caused by this unprecedented time were occupying the same space inside of me where songs are created. Luckily I could keep myself very busy working at all of the visuals for my single “Don’t hurt yourself”. I filmed the music video and the cover in my flat while my photographer Max Motel was directing me from Germany. We used a couple of iPhones, Skype and some empty toilet paper rolls to do it. I’m very proud of what we managed to put together!

What’s the best piece of advice you’ve received? Do you still stand by it?

T – Man, I wish I had a story about some profound moment when I heard the best piece of advice ever. I just try to stand by the way my parents raised me.

They taught me to be polite, to do my work with humility and to always be confident in myself. Not one piece of advice but a sum of many and I’m grateful for that.

When life is back to normal, what artist would you love to support on tour?

T – Obviously it would be a dream to support John Mayer. I would also love to support Jeremy Zucker, LAUV, Alec Benjamin and Julia Michaels on tour.

What has been your most surreal experience since starting your career?

T – I feel like getting to make music for a living is surreal enough but beyond that seeing myself on television for the first time was really crazy!