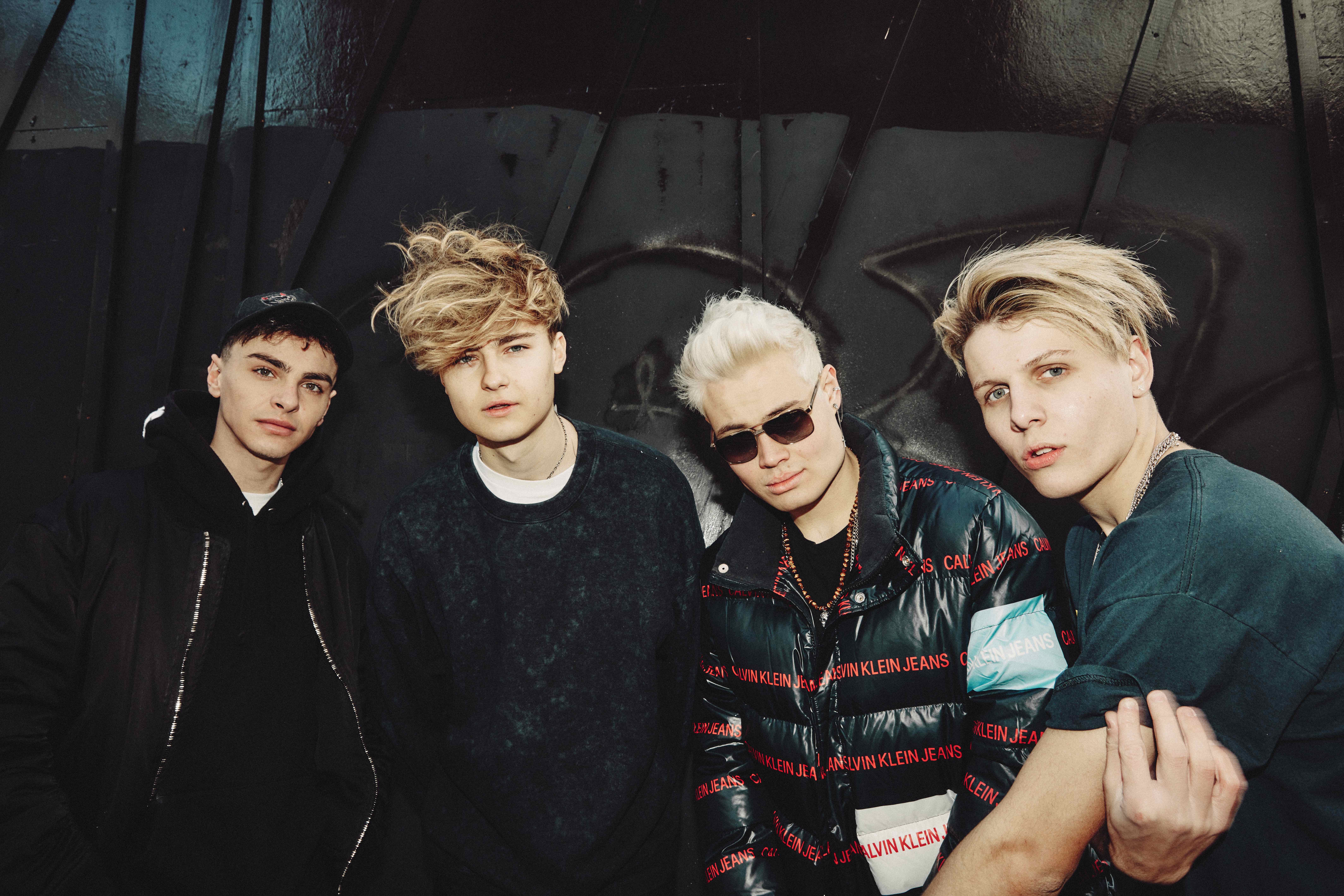 Inspired by the likes of 5 Seconds Of Summer, The 1975 and The Red Hot Chili Peppers, Bye The Way cannot be boxed into one genre.

With their dynamic energy and vibrant style, the band could be on their way to being the next big boyband.  I chatted to members Stevie (vocals), Louis (bass), Jake (drums) and Killian (guitar) about new music and musical inspirations.

How did you guys first come together?

Killian: Louis and Jake were already friends and they wanted to start a band together. They got in touch with me for an audition to complete the instrumental line-up. Later on, they finally reached Stevie through social media.

Tell us about your new single ‘Too Good To Let Go’.  What inspired the track?

Stevie: The song is about not wanting to lose someone who means the world to you.

Killian: We came to the studio with the aim to write a fresh, spontaneous and funky tune. It was important for us to bring the energy that comes out from our jams in rehearsal into the production, making the track sound as live as possible.

Stevie: Personally, I find having a good vibe important when writing. I would normally start with lyrics and basic melodies and then expand on that.

Louis: The first thing we do to get in the ‘zone’ is have a cup of tea and crack open a jar of biscuits. Then we share ideas to gather lyrics and melodies.

Jake: The first time Bye The Way was mentioned was in my car by Killian. It was the first time we all felt connected to a name. After this, we experimented with potential other names but Bye The Way always stuck out as the best.

Stevie: Some of the band are big Red Hot Chili Pepper fans and the name is a nice nod to them too.

Are there any artists/bands that have inspired the music you create?

Stevie: Some inspirations would be bands such as The 1975 and 5SOS.

Jake: All of us bring different musical tastes to the group, which shapes our sound.

Louis: We honestly love everyone from Britney Spears, Bruno Mars and Michael Jackson.

Stevie: This is a hard one, as our sound is constantly developing

Stevie: I would love to make a difference to the world and create some amazing music that everyone can really relate too.

Killian: I think we’d all love to be a global band and play on some of the biggest stages in the world.

Louis: It’s important for us that our music can be reached to a Worldwide audience providing uplifting energy whilst still staying relatable to many.

If you could tour with any band once life goes back to normal. Who would you choose?

Louis: For me, it would have to be Foo Fighters – they are legends!

What’s the theme song of your life?

Jake: Anything by Arctic Monkeys.

Louis: I would like my life to be based on ‘Tints ‘, by Anderson .paak ft Kendrick Lamar