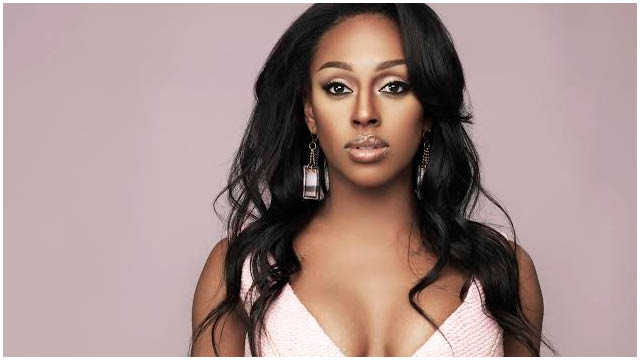 For those who can’t remember, Alexandra Burke won The X Factor in 2008 for her amazing performance of Hallelujah. She’s now back with her new EP Renegade. Alexandra has been working hard for a long time and cant wait to get back out there.

I loved growing up in my area of Islington and my family still lives there so I try and go back as often as I can to see them but being on tour means it’s not as often as I’d like.  Islington brings back great memories such as my family, friends and school.

I always knew I wanted to sing!  From the age of two, I was singing and used to sing with my brothers, sister and mum around the house.  I remember watching my mum sing on Top of the Pops and I knew that was what I wanted to do.  Singing means everything to me and my dream growing up was to be a performer and I’m blessed to be able to do this for a career.  If I hadn’t have become a signer perhaps I would have opened a bakery as I love to bake and I make a mean lemon drizzle cake – it’s the best!

Your duet with Beyoncé on the X-Factor was one of my highlights, how did her advice help you and would you do another duet with her

Beyoncé is my idol, and I was so nervous that I don’t remember being able to speak! I think she told me to breathe!  Of course I’d do another duet with her – that would be utterly amazing!

What was scarier performing with Beyoncé, performing in from of the Queen or going back on The X Factor after you had won the show?

Oh goodness, they were all equally as scary!  But scary in a good way!  Performing in front of the Queen was an honour.  I was star struck in front of Beyoncé.  And going back on X Factor to sing after I had won was a dream come true.

So who inspired you as a child?

A few people inspired me such as my mum, Whitney Houston & Michael Jackson.

I have to pinch myself sometimes before going on stage.  I get to sing some of my all time favourite songs, I get to dance and I get to act, the three things that I love doing most.

Everyone is eager to hear your new album, can you give me any clues to what fans can expect and can we expect a tour following release?

The new album is a way off yet; I’m still recording it. I don’t want to give away too much – but I would suggest people listen to my EP Renegade, which is available to download for free on sound cloud. That should give those a taste of what’s to come.

If you could sing for anyone who would it be and why?

If I could have sang for anyone, it would have been Nelson Mandela because he is a true inspiration to me although I think I probably would have cried more than when I sang with Beyoncé.

What’s been your most embarrassing moment on tour?

I slipped over on stage once whilst performing Bad Boys – pretty embarrassing, but I just had to pick myself up and carry on with the song!

Apart from the album what else have you got coming up this year?

I have my gigs coming up at the Jazz Café, which I’m so excited about.  I’m playing on the 18th & 19th of September and I can’t wait, it’s going to be really special. I don’t think the album will be released this year, as there is not enough time left as I’m performing in the Bodyguard until Christmas.