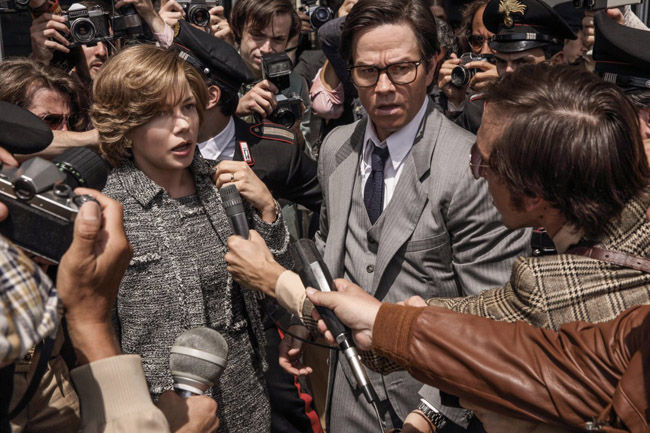 If you are not already aware of Ridley Scott’s, based on a true story, All The Money in the World about the kidnapping of Oil Tycoon and Billionaire J.P. Getty’s grandson, have you been living under a rock? When news emerged of the original leading man, Kevin Spacey’s sexual harassment allegations, Scott quickly went to work on erasing all traces of Spacey from the movie. Recasting the role of J.P. Getty with the veteran actor, Christopher Plummer, and reshooting key scenes in just nine days with a view to still keeping to the film’s original release date.

Real life stories have become a mainstay for a number of films over the past few years, and why not? The extraordinary stories about real life people not only but like Scott’s study of one of Getty’s fairly tragic period in the life of the family could only seem real in the pages of an enthralling book. Launched into the story from the get-go we are introduced to the young grandson of J.P. Getty, Paul (Charlie Plummer) confident and bold moments before his kidnappers thrown him into the back of a van before being thrown head first into the backstory of John Paul Getty III as a child which instantly reveals snippets of J.P. Getty seniors miserly penny pinching by doing his own laundry in a hotel room.

Not every note of this lavish picture sits well in its opulence; Questions stem from the lack of a meatier storyline for the kidnappers in this story. French actor, Romain Duris gets to wear the medal of honour for his scruffy heart of gold act as one of the many kidnappers. The rest of the rabble are nothing more than furniture that spring to life in one graphic scene that includes a severed ear. Mark Wahlberg’s turn as Fletcher Chase — the service agent hired by Getty senior to investigate the kidnapping — just bumbles from scene to scene not quite sure where exactly he fits into the bigger picture.

The scene stealers have to go to both Plummer and Michelle Williams as Gail Harris, the kidnapped boy’s mother. Never letting her guard down, William’s portrayal as the family outsider bursts from the screen with grit and determination – “You’re not the only one fighting an empire” she tells one of the kidnappers in a conversation over trying to squeeze money from her ex father-in-law to pay the ransom.

Ridley Scott made the right choice in re-casting with Plummer, who completely owns the role. It’s hard to imagine anyone else playing the money hungry Getty. Plummer’s Getty is a man full of caustic wit and downright arrogance; he values art more than people as they can never let you down. He theatrically trudges from room to room of his palatial home never quite feeling secure with his fortune. Even though he loves his grandson dearly, his lack of trust in people stops him from handing over the money needed to secure the boy’s life and release. You never quite get that feeling of sickening despise for the man as you realise there is something quite psychological wrong.

All The Money in the world is a soaringly gripping story that sucks you from the very beginning, transporting you on a thrill ride of unfathomable proportions. It’s wholeheartedly worthy of its awards buzz, mainly due to the impeccable performance of one Christopher Plummer.

All The Money in the World is out in UK cinemas on January 5th.