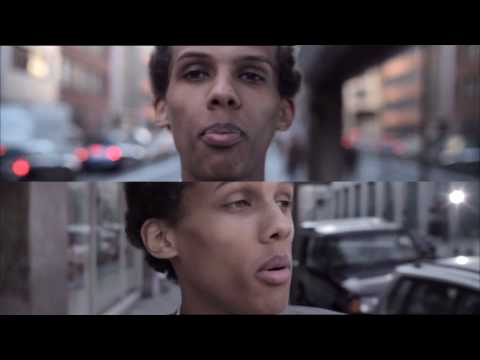 The latest hit making waves across European charts is Alors On Danse (So We Dance) by Belgian-Rwandan rapper Stromae.

While it has already reached No.1 in eleven European countries, Stromae’s depressing yet unique music video for Alors On Danse has picked up over 13 million views on YouTube.

‘Its blend of French flow, trance stabs, ravey sax and la-la-la vocals offer no less than four melodies perfect for drunken chanting…so it’s going to be massive. And yet, it’s about the awfulness of existence.’ Guardian.co.uk

Written and produced by Stromae himself at home on his computer with a desktop mic, Alors On Danse is currently climbing the UK iTunes chart so check it out below if you haven’t already! Kanye West features on the Alors On Danse Remix and you can listen to that here (right-click, save link as).

With roots stemming from French Hip Hop and also as a MC and producer, Stromae looks set to continue ‘stormae-ing’ further across the globe with his blend of hip hop and electronic music.

The track’s UK release is on 6th September .

‘So we dance,
Who says study says work,
Who says work says cash,
Who says money says spend,
Who says credit says debt
Who says debt says bailiff
Who says ‘you’re in the shit’,
Who says love says kids,
Said always and said divorce,
Who says relatives says mourning,
Because problems come in pairs
Who says crisis says ‘world’,
Says famine says Third World,
Who says exhaustion says wake up,
Still deaf from last night,
So we go out to forget all our problems,
So we dance.
Then you tell yourself that it’s over,
Because the only thing worse than this would be death,
When you finally think you’ve found a way out and there’s nothing left,
There’s more to come,
It’s the music or the problems,
Problems or the music,
It sends you tripping, does your head in,
And then you pray for it to stop,
But it’s your body, it’s not God,
So you don’t block your ears anymore,
And then you scream even louder but it goes on,
And so you sing…
And then only when it’s over
We dance’