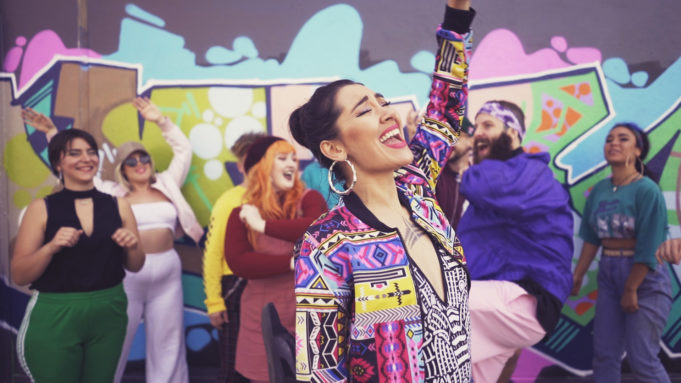 Written when she was 33 years-old, ‘3×11’ reflects on issues such as ageism, sexism and discrimination in the music industry. Her emotive vocals echo through the depths of the RNB/Soulful filled track, which is laced with a crisp yet delicate tone that showcases her fine-tuned vocal range.

On the single ALPHAMAMA says, “Essentially it’s a bit of a f*#* you to the ageism of the music industry… Because when you’re in your 30’s and you haven’t reached a level of success that you want, it can feel like you’ve missed your chance,”

“It can make you feel like a flop or a failure and I really didn’t and don’t want to subscribe to that mentality. I had to dig deep into my own personal psychology and internal world to find out what success meant for me. Who I was and how I was going to walk my own path as a creative, as a truth speaker, as a mother and a healer. Not trying to conform to external opinions and rules and strategies,”

The accompanying video is a true life documentary on how ALPHAMAMA works through her issues, with self-love and counselling, all the tools she’s found in order to stay alive and vibrant in this human life game.

The single is a teaser off her upcoming EP ‘Oil and Water’ which is slated for release in November.

ALPHAMAMA already has an outstanding reputation and music haul, which has seen her build an impressive following. She’s the full spectrum of a feminine deity. With singles that comprised of rapid-fire raps and soulful lamenting, her presence on stage is unmatched.