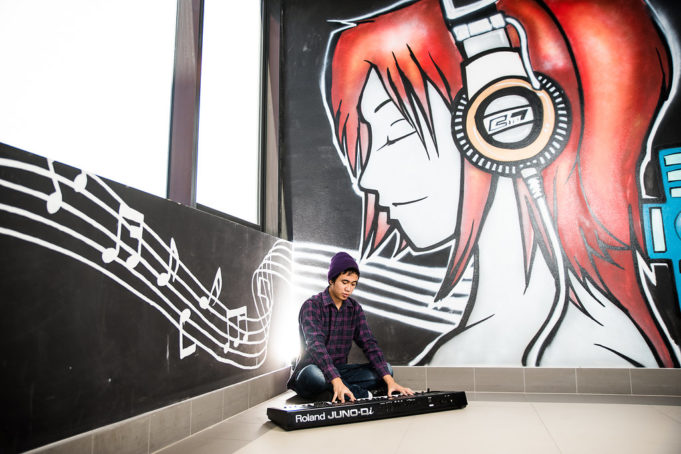 The single is inspired from many late nights walking across the streets of Tokyo, the term ‘Insoulate’ is the feeling Zorsy gets when he’s stumbling across small cosy jazz bars which populate the city.

On the single Zorsy says, “After feeling a warmth often from the sound of a trumpet melody, I would often feel so relaxed walking home for more than hours passed the final trains across Shinjuku. Knowing that melodies would be stuck in my head it would keep me warm amongst the winter nights,”

“Insoulate is a soulful ballad with a groovy middle section that ties both the heart and soul of the instrument. It’s one of the pieces that I can allow myself to sit back and let the rest of the band carry through to give space and make way for the melody to sing. It carries a more intimate vibe than my previous releases as well as other tracks that I have been known for,” he said.

Zorsy’s writing he’s been heavily influenced by the trumpet/flugelhorn for its contrast between rich soulful melody to piercing highs in the bebop language.

Blending the oft-opposed energies of jazz, classical, RnB and progressive rock, Zorsy takes inspiration from such diverse sources as Funky Knuckles, Anomaly and jazz trumpeter Roy Hargrove. The result is a quirky fusion that maintains a groove despite its odd chords and time signatures.

A varied musical upbringing saw Zorsy trained as a classical pianist in his youth, but also drawn to jazz and hip-hop records, and ultimately the wide-ranging world of video game music. These passions merged and blossomed into The Consouls, a project in which he rearranged and performed some of video gaming’s most beloved pieces alongside a band of like-minded musicians.