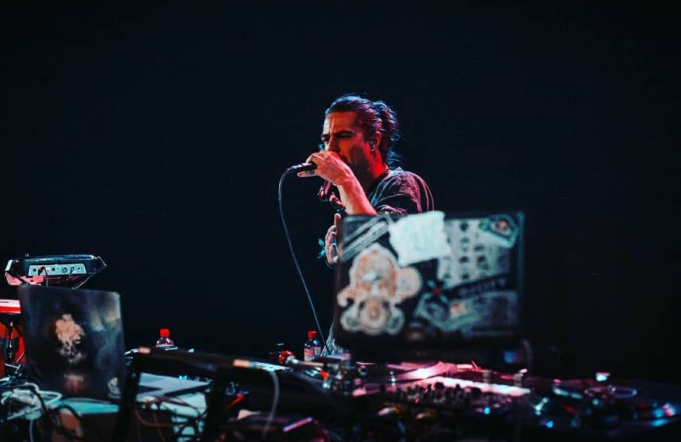 ‘Yaquanu’ is the new album to come from alternative hip hop artist akawave. A 27 track album that morphs into 80 minutes of music, ‘Yaquanu’ talks about the pain and suffering that is evident in the world we are living in.

Political and social, ‘Yaquanu’ asks us to reconsider the way the society we have built interacts with nature. Utilising Shamanic chants and flutes and fusing these sounds with digital textures and making full use of modern technology, ‘Yaquanu’ is like a religious hip hop experience.

akawave is a Dutch music producer currently based in the south of Spain. He has experimented with different genres and developed his own method of performing which allows him to bring his studio magic to life with live looping. Having performed at some of the biggest festivals in Europe, ‘Yaquanu’ is set to launch him into new opportunities as his music connects with more people. Describing his sound as eclectic but with strong influences from hip hop, jazz and ambient chill, he cites Madlib, Pete Rock and Cinematic Orchestra as his main influences.