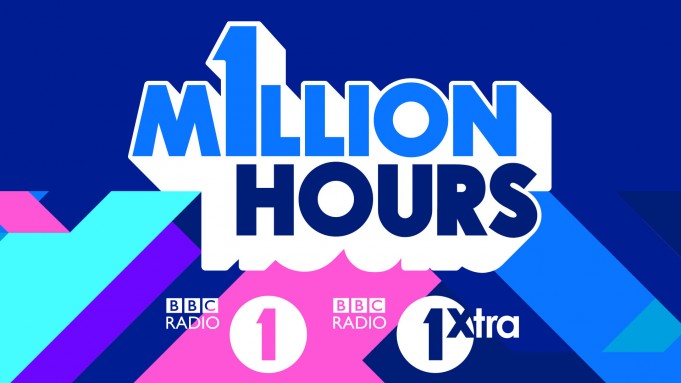 BBC Radio 1 and 1Xtra today announced plans for #1MillionHours – a year-long volunteering campaign that will see both stations motivating their young listeners to pledge 1 million hours of time to good causes over the next 12 months.

Kicking off on 1st December with the first drive in the lead up to Christmas, and running throughout 2016, the stations will shine a spotlight on all things volunteering in a bid to highlight the benefits of volunteering for young people.

#1MillonHours is one of Radio 1 and 1Xtra’s most ambitious social action programmes to date, working with featured charities Age UK, Barnardo’s, Cancer Research UK and Oxfam to highlight volunteering opportunities.

As well as asking the stations’ young audiences to pledge 1 million hours of time to volunteering, Radio 1 and 1Xtra’s #1MillionHours campaign will include:

As well as pledging hours to the featured charities via the Radio 1 website, listeners will also be able to pledge their time to good causes on social media using the #1MillionHours hashtag. By including in their social media post, the number of hours that the listeners have been inspired to donate, pledges via Twitter and Instagram will also be counted towards the 1 million hours milestone. Radio 1 and 1Xtra are the leading voices for young people in the UK, tackling relevant issues through our documentaries, Radio 1’s Surgery, Newsbeat as well as our social action and outreach campaigns including Radio 1’s Academy, 1Xtra Live: The Sessions, Radio 1’s Anti-Online Bullying week and Radio 1’s Youth Council.

Ben Cooper, Controller, Radio 1 and 1Xtra said: “I want BBC Radio 1 and 1Xtra to be a force for good in the UK and magnify all the positive work that young people do for others, so we’re very proud to be working alongside some of the most experienced organisations in the country to reach 1 million hours of volunteering.”

A wider BBC volunteering season will be announced next year which will encourage the nation to Do Something Great in 2016.

To sign up to Radio 1 and 1Xtra’s #1MillionHours campaign please visit www.bbc.co.uk/radio1 from 1st December.