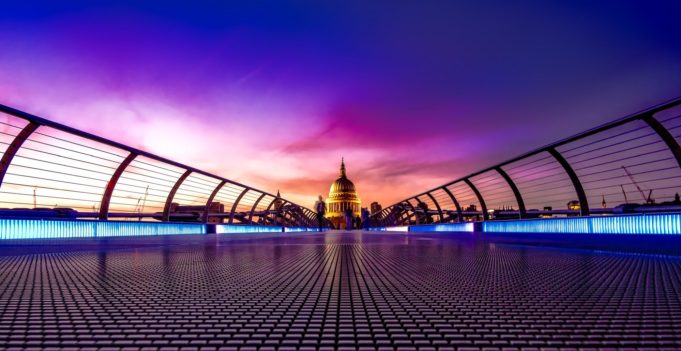 It’s so easy to fall in with the amazing capital, immersed with history, culture and luxury – all in good measure. Though, as impressive as the likes of Big Ben, the Tower of London and the London Eye are, such experiences can leave you feeling limited to the typical offerings thousands of tourists encounter day in, day out.

Instead, chase some luxury and experience a lavish weekend in the capital.

Of course, when you envisage the luxury of London, Buckingham Palace is often at the forefront. The official London residence of the Queen opens its doors to the public every summer. The Palace is one of the few remaining working royal palaces in the world and the State Rooms offer a mesmerising look at some of the Royal Collection’s greatest treasures.

However, there are far more luxury-rich locations to visit in London so why not head beyond Buckingham?

The Shard and luxury go hand-in-hand and no lavish list of places in London would be complete without it. Renzo Piano’s work is home to some of to a wide variety of bars and restaurants, with Michelin-starred dining available. At The Shard, you’re able to sip opulent cocktails and enjoy views of the capital’s stunning skyline. Found in the heart of historic Mayfair in London’s popular West End, Bond Street is certainly an abode for sumptuous living. The street is renowned for its exclusive brands, designer fashion, art, fine jewels and antiques. It’s also home to some of the world’s most prestigious retailers including Burberry, Chanel, Tiffany & Co, Jimmy Choo, Louis Vuitton and Dolce & Gabbana. And if that’s not impressive enough, the street boasts an astonishing number of Royal Warrant Holders.

Royal Warrants are a mark of recognition for those who have supplied services or goods for at least five years to the households of her Majesty the Queen, His Royal Highness the Duke of Edinburgh and His Royal Highness The Princess of Wales. You can’t get much more luxurious than the royal family!

Far from just a luxurious shopping experience, in Harrods, you’re able to sample the most upmarket variety of food from caramelised butternut squash Carpaccio to one of a kind chocolate. Add to this extraordinary fashion, beauty and otherworldly products and you’re in for a phenomenally luxurious experience.

A little more than a stone’s throw from Harrods are Chelsea and South Kensington; two wealthy neighbourhoods in Southwest London. Some of the most affluent people in the world reside in this borough including Bernie Ecclestone, Stella McCartney, JK Rowling and Sir Elton John. While you may feel you’re some way off residing in such luxury, the Dorsett Hotel, Shepherd’s Bush is a good match.

The borough is plentiful with cafes, restaurants and shops. There are even a number of museums to visit, as well as Sloane Square and King’s Road – the road that once belonged to the King when Charles II built it to link St James’s Palace to Fulham. It’s also the street in which one of the most celebrated fashion-statements of the century took off – all hail the mini-skirt.