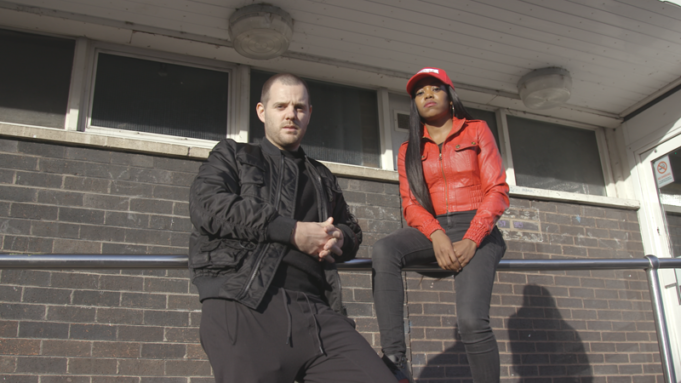 Everyman Cinemas is taking its Music Film Festival to venues across London for the fourth consecutive year, with a line-up as eclectic as ever.

The slate includes pieces about some of the most influential and interesting musicians in history, in genres spanning from punk to trip-hop. As always, there will be, enlightening Q&As with directors and artists themselves, and fantastic live performances.

This year’s festival, which is being held in partnership with lager specialists, Camden Town Brewery, includes screenings of HERE TO BE HEARD: The Story Of The Slits, which documents the history of the world’s first all-girl punk band, The Slits. Tessa Pollitt, the band’s bassist will be on hand to answer questions along with their album’s producer Dennis Bovell.

There is a chance to see unseen footage of music legend Bob Marley and The Wailers in the documentary The Life and Times of Bob Marley & The Wailers, which is followed by a Q&A with Roger Steffens and John Masouri – two of the world’s most acclaimed reggae writers.

My Generation, the documentary produced by Michael Caine, which explores the cultural revolution that occurred in 1960s England will also screen during the festival. It features interviews with Paul McCartney, Joan Collins and Twiggy, and Archive Producer James RM Hunt will be fielding questions following the show.

Also making the cut this year is NICO, 1988, the biopic about the final two years in the life of Nico, the German actress, model and singer most recognised for her work with avant-garde rock band The Velvet Underground.

Rounding out the programme is a performance by George the Poet, and films from VICE’s Noisey, with introductions from Mike Skinner and James Lavelle.

HERE TO BE HEARD: The Story Of The Slits + Live Q&A
Monday 7th – 18:00
Screen on the Green
A riveting film about The Slits; the world’s first all-girl punk band, contemporaries of The Clash and The Sex Pistols and pioneering godmothers of punk. Fronted by the irrepressible Ari Up, the band has inspired generations of artists, from Sonic Youth to Sleater Kinney.

Drawing on incredible archives including interviews with surviving band members Tessa Pollitt, Viv Albertine and original drummer Palmolive, the film tells the story of a group that literally changed the cultural landscape of patriarchal Britain in the 1970s with a fierce feminist message.

The screening will be followed by a Q&A with the band’s bassist Tessa Pollitt and album producer Dennis Bovell.

A film by Sofia Olins, it largely around Roy Gurvitz who invented the Lost Vagueness area at Glastonbury. Lost in Vagueness features interviews with Fatboy Slim, Suggs, Keith Allen and Kate Tempest, telling the story of the dark, self-destructive side of creative talent and the personal trauma behind it.

Anti-hero, Roy, and Glastonbury founder, Michael, became friends in the early 1990s and through their tale, the film retraces Britain’s sub-culture history, to see how a band of troublesome new age travellers came together to create Lost Vagueness, eventually reviving the festival from cultural bankruptcy.

The Screen on the Green screening will have the director in attendance and there will be a live performance from one of the featured bands.

Desperate to free herself from the shadow of her success with iconic band The Velvet Underground, Christa Päffgen (better known as Nico) continued making music until her untimely death in 1988. This powerful and authentic biopic, from director Susanna Nicchiarelli, documents Nico’s final two years of life.

With unsettling honesty, the film explores the destructive sides of Nico’s personality – heroin addiction, her combative nature, her swollen ego – all brought to life by Trine Dyrholm, who also recorded her own vocals for the film.

The screening will be followed by a live Q&A with director Susanna Nicchiarelli. Step into Michael Caine’s 1960s in the new documentary My Generation: London in the Swinging Sixties. The film looks at a revolutionary time in Britain, documenting the birth of London’s pop culture scene. Combining Caine’s personal accounts with awesome archive footage and interviews with The Beatles, Twiggy, David Bailey, Mary Quant, The Rolling Stones and David Hockney, this love-letter to the Sixties is one hell of a ride.

The screening will be followed by a live Q&A with Archive Producer James RM Hunt.

A pulsating documentary charting the extraordinary life and career of underground DJ icon, music producer and global trip hop mogul, James Lavelle. The film features interviews with DJ Shadow, 3D of Massive Attack, Futura, Ian Brown, Grandmaster Flash and Josh Homme, and is a revealing exploration of the devastating effects of rapid change and excess on the industry and the individuals within it.

James Lavelle will be in attendance to introduce the film, and there will be live DJ sets following the screening.

Theresa Wayman, from indie band Warpaint has released a solo album under the name TT. The album, LoveLaws, will debut at Everyman Kings Cross in a night hosted by Pitchblack Playback, who specialises in album listening sessions with a difference.

Using Everyman’s incredible sound system and to ensure complete immersion in the TT’s album, the session will be in complete darkness, providing a musical experience like no other.

The listening will be followed by a live Q&A with Theresa Wayman, AKA TT.

Global Beats and Irie Heights present a seminal event, a film featuring rare and unreleased footage and audio recordings of reggae and music icon Marley as well as his legendary band The Wailers.

The screening will be followed by a discussion with Roger Steffens and John Masouri – two of the world’s most acclaimed reggae writers, with unique insights into the life of Bob Marley.

VICE presents the UK premiere of ‘Noisey Birmingham’ hosted by Mike Skinner
Wednesday 16th May – 19:00
Screen on the Green

After ‘Hip Hop in The Holy Land’ and ‘Don’t Call It Road Rap,’ UK music legend Mike Skinner returns to host his third Noisey documentary and this time the focus is on his beloved hometown and the unlikely rise and rise of the rap scene in Birmingham.

From his days with ‘The Streets’ at the start of the century, when Mike had nobody to look up to in terms of MCs from his local, the scene has exploded led by three artists Lady Leshurr, Mist and Jaykae. Mike catches up with Lotto Boyzz, SafOne & Dapz on The Map to try and get a sense of what has caused this newfound confidence in the city.