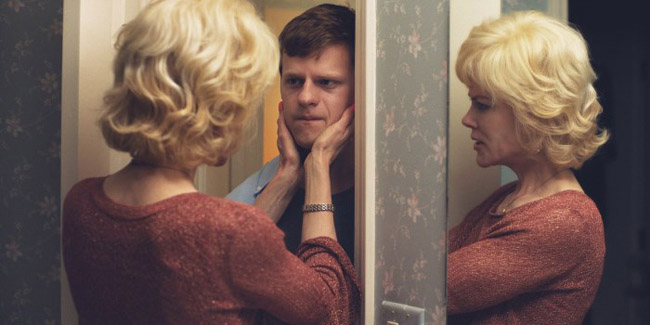 Joel Edgerton delivers a wake-up call to those blinded by their faith with a gentle gut-punch.

The second film within 6 months to address gay conversion therapy, the first being The Miseducation of Cameron Post, Joel Edgerton’s Boy Erased is his next step into his filmmaking career. It’s a film where its focus lays on the misguided beliefs of Christian parents who believe homosexuality is a choice and the ‘therapy’ that is forced onto those at such an impressionable age does a lot more harm than good.

Edgerton has enlisted his fellow country people, Nicole Kidman and Russell Crowe to play the roles of Jared’s (Lucas Hedges) staunchly Christian parent’s. Crowe’s Marshall is not only the local and vocal preacher but also runs a car dealership, whilst Kidman’s Nancy plays the dutiful wife very much ruled by her husband’s words but has softer leniency with her son.

Jared is in a stage of his life in which he feels confused by his sexual orientation, he has an attraction to other boys but for fear of being branded not normal and full of sin, he keeps these feelings to himself. After making friends with another lad at his new college, Jared finds himself the victim to a brutal rape in which the perpetrator, in fear of people finding out, outs Jared to his parents. Nancy and Marshall find their faith tested and after seeking advice from the other Church leaders, Marshall decides to send Jared to a gay conversion therapy camp.

Based on the memoirs of Garrard Conley, Edgerton has chosen not to demonise Nancy and Marshall in their actions. He has taken a respectful step in making sure to depict Marshall’s struggles with his own conscious and love for his son. Nancy, while away from Marshall, staying in lodgings not far from the camp has a chance to make up her own mind without the ruling thumb of her husband after she witnesses, first hand, the toll the camp is taking on her son’s mental health.

What makes this so infuriating is the actual treatment of the boys and girls that are forced to attend the camp. Some adhere to what they are being told, whilst other’s fake it just for an easier life. But there are more sensitive souls that are pushed to the edge from the bullying of the regimented instructors, with suicide their only option of escape from what is deemed sinful. Is it really worth the pain and suffering of another human being? That doesn’t seem like a very Christian act to me.

Hedges Jared couldn’t be any less the stereotypical gay man. This is a breath of fresh air and a mile away from the camp over exuberant traits that are so often the character bases for homosexuals in the movies. Crowe and Kidman may only be supporting players but their effortless performances are filled with nuanced flare.

Even though it delivers a wake-up call to those blinded by their faith with a gentle gut-punch, it does fall on the familiar tropes of a prison set-up which evitable leads to those in charge being out and out hypocrites.

Boy Erased is out in cinemas February 8th.