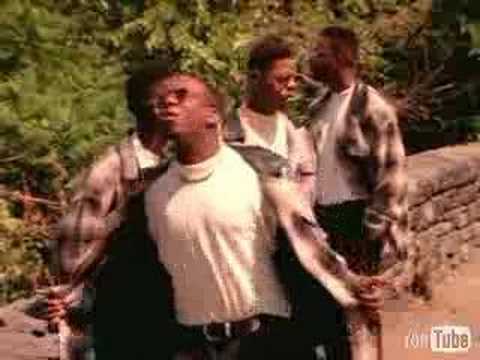 Are multi-award winning rnb group Boyz II Men getting too old for the music industry? They certainly don’t think so. Annika Allen catches up with the groups Nathan Morris who tells her, the end of the road is a long way off.

How does it feel to be the most successful male vocal rnb group of all time?
No word can describe this. It’s just amazing. We have been around for years now and although receiving 8 Grammy’s was one of our greatest achievements, being able to have time away and then come back and still have huge support from the fans is just indescribable.

Are there any rnb groups around at present that you think could eventually steal your title?
There are some great groups out there, although the rnb industry does not seem to be as popular and a lot of the artists are mostly solo like Usher, Mario, Neyo. Hard to say what is in the future for such artists in the music industry now.

You’ve recorded many songs but if you each had to say which was your favourite and why what would it be?
End of the Road – this has got to be everyone’s favourite.

How is Michael these days? Is he jealous that he’s not on tour with you guys?
He’s good you know, he is doing his own thing. It has been a while since we went our separate ways so there is no bad blood between us, no jealousy. Were cool.

When you’re up on stage on tour and dancing do you ever think to yourselves we’re too old for this now?
We’re not too old are we? (Laughs) When we’re on that stage it’s our time and we just do our thing. It’s like we’re still back at the start with all the screaming fans supporting us. The adrenalin is rushing around and we love getting up in stage and singing and dancing that it just comes natural to us regardless of our age now.

Is there an artist that has inspired you?
Well musically we think Prince is great. We rate him for his style and would love to collaborate on a project with him.

Are there any current rnb songs that you think will be classic songs in the future?
Yeah you know that girl from X-Factor, Leona. We saw her perform on a show before we were on and that girl can sing. Damn.

How can up and coming artists make money from music today with people downloading music?
It does make it very hard but if you able to capture the true fans and make hits they are going to like over and over again they will go out and buy the songs. Also a lot of the fans like to have the actual CD so they can flick through the booklet and be able to add it to their collection.

How easy or hard did you find it to set up MSM Music Group? And why did you feel this was necessary??
As you know this independent label was set up after Michael left and although it was hard we have come out on top and are still successful. In life you have to work hard to get to where you need to be.

Is the music industry too focused on looks today?
Kinda. It’s not always about the content of the songs now. A lot is about how hot the artist is. And also regarding image, it is like our society today is surrounded by this gangster lifestyle and this is kinda running the music industry now a days y’know.

What’s next for Boyz II Men?
As you all know we were in the UK doing our tour and having release the Motown album in November, we wanna possibly release another album very soon, before we start getting to old (Laughs).

The theme of the next issue of Flavour is the Fabulous Life so can you each tell me five things that are fabulous about you or your life? And why?
1. God – he is the author off all things so comes first in our lives
2. Family – they have supported us and showed us all the love in the world. We would anything for them.
3. Music – it is what makes us tick and helps us look after our families.
4. Traveling – we have got to see some of the most amazing places that some people would just dream of visiting.
5. Fans – the fans are a big part of our lives. They have always stood by us and will continue to do so