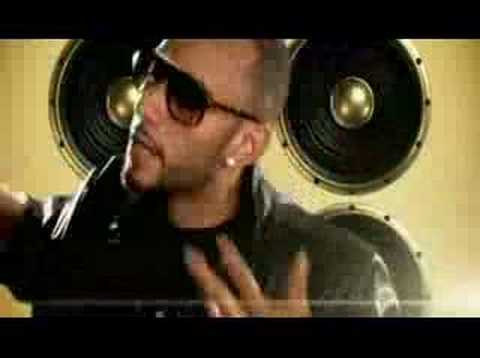 ‘My catalogue is in senior citizens!’ shouts Swizz Beatz. With over 96 million records sold worldwide, the 28 year-old super producer could definitely retire himself and his songs into any hall of fame. But where would that leave us music lovers?

Having banged out hit songs for Jay Z, Beyonce and Busta Rhymes, Swizz Beatz has proved just how much the industry needs him. Judging by the title of his sophomore album One Man Band Man, Swizz seems to be more than aware of this fact. ‘I’m a one man band man, I’m one person but my sound, my movement everything is like a band.’

With few guest appearances, Swizz Beatz album showcases him as an entertainer, a side that has never been seen to its full entity until now. ‘I wanted to do something different for 2007. People are used to me producing but I like to challenge myself and be an artist. I’m not saying I’m a rapper or the best rapper but I know how to entertain.’

The Beat Goes On
The first single It’s Me Snitches, a song announcing Swizz’s arrival as an artist,  has already received great response from radio and fans alike inparticularly with the remix featuring heavyweights Lil Wayne, R. Kelly and Jadakiss. But it is his second single Money in the Bank that is at the tip of everybody’s tongues and is a hit in the clubs. ‘It’s talking about a chick that don’t have money in the bank and is just a pain in the ass, even to other women. It’s a fun song. I didn’t make it to disrespect anyone, I’m not that type of person.’

The Swizz Beatz legacy is in full effect with his record label Full Surface dominating charts and dancefloors with the help of artists Eve, newly signed Bone Thugs-N-Harmony and himself. Rapper Cassidy and R n B songstress Moshonda are also set for big projects in the coming months.

As the United Nation ambassador of music for world peace, Swizz felt inclined to comment on the increasing gun violence in the UK. ‘All you get from gun violence is jail time and death, it could be cool for the minute but eventually something’s going to happen where you’re not cool no more. Senseless violence is senseless.’

Don’t get caught sleeping on Swizz because his movement is bigger than ever. Described as one of the best hip hop albums of the year so far, Swizz Beatz is here to stay, juggling the various slashes in his name and single handely uprgrading the music game. Don’t miss out on this one man band man’s indestructable parade.

One Man Band Man is out now on Full Surface Records