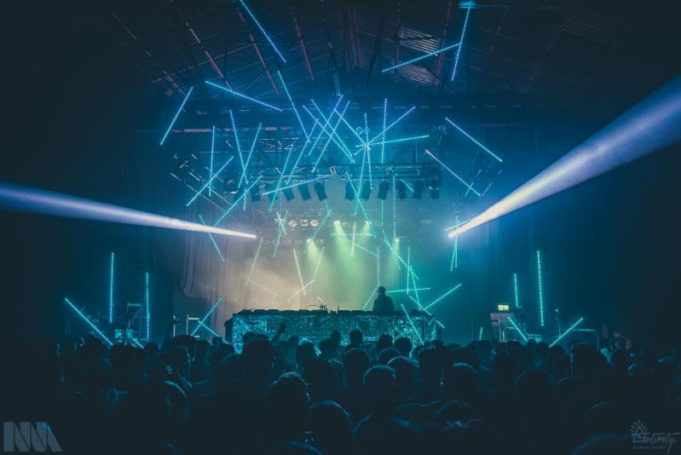 The series kicks off in style on September 28 with a special 24 hour opening weekend featuring The Blast’s heavy mix of D&B and bass-driven sounds on the Friday night before deeper strains of house and techno take hold on the Saturday. With Motion’s newest outdoor Yard spaces coming into play on the Saturday afternoon for an In:Motion first, it’ll be the perfect opportunity to sample every shade of the Motion experience right through until 7am Sunday morning.

The array of talent coming to Bristol through October, November and December is a lot to take in. Among the many highlights you can expect to witness pure Drumcode techno from Adam Beyer, Alan Fitzpatrick and Ida Engberg, classic disco and house from legends like Hot Since 82, foundational jungle and D&B from Congo Natty and Shy FX, rush-inducing trance from Above & Beyond, as well as a wealth of Bristol based talent from established greats like DJ Krust to up and coming stars such as Dead Man’s Chest. Not to mention the best in current grime from the likes of Fredo and Casisdead.

There’s a chance to see Erol Alkan for an all night long party, whilst Denis Sulta will take you on a widescreen journey with a 4 hour DJ sets, witness George Fitzgerald’s ambitious new live show and catch a one-off three-way jungle throwdown between S.P.Y., Nu:Tone and High Contrast.

Long time In:Motion collaborators Just Jack will be on hand with a sharply curated line-up featuring Ben UFO, Tama Sumo and Detroit legend DJ Bone, while The Blast celebrate Halloween with a dizzying line-up of D&B, dubstep, grime and more. At the other end of the spectrum, bass house upstarts Crucast bring their rapidly spreading sound to Motion with the full crew in attendance and UK garage queen Flava D on special guest duties.

That covers only a small fraction of the show-stopping selectors and eye-popping collectives set to grace Motion with their musical prowess this year. Stay locked for further event announcements as In:Motion strides into its ninth groundbreaking season.