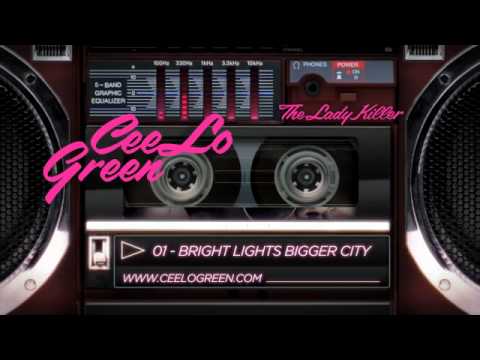 Following the huge global success of the single ‘F**k You’ that spent two weeks at #1 in the UK and is fast approaching 250,000 sales, excitement for the November 8th release of Cee Lo Green’s new album ‘The Lady Killer’ has continued to grow exponentially.

To give fans an exclusive preview of the album, and for a limited time only, 1 minute snippets of all album tracks can now be heard on Cee Lo’s official YouTube channel.

Featuring collaborators including Paul Epworth, Salaam Remi and Fraser T. Smith, ‘The Lady Killer’ is the album Cee Lo was destined to make. It will seal his rep: not only as a writer, producer and performer of unrivalled pizzazz, chutzpah, inventiveness and genius; but as a singer whose voice can nail an emotion – be it pain, yearning, anger, sarcasm, love, lust, frustration – like no other. Cee Lo Green stands alone.