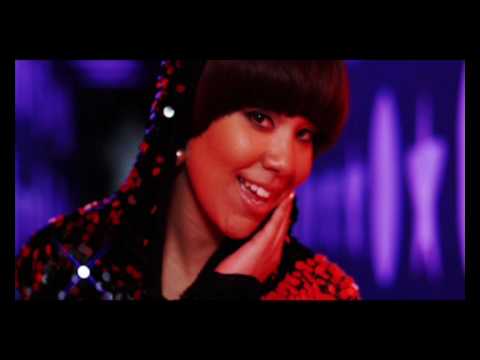 Crazy Couzins are two of the brightest young diamonds on the UK dance scene. With a string of successes on the Baseline scene they’ve fast turned their hand to the soulful sound of Funky House and delivered us two of the biggest dance floor fillers of 2008. Just as we we’re starting to get their catchy hit Bongo Jam out of our heads they asked us Do you Mind if we do it again!

On their latest single Crazy Couzins team up with the massively talented Kyla again to deliver us one of the most heavily rotated dance floor tracks. The infectious rhythm combined with Kyla’s sweet sensual vocals makes sure you’re unable to do anything but dance. It’s no wonder that this track is a certified foot stomper guaranteed to get your back off the wall wherever you are. As if that wasn’t enough they’ve even managed to throw in a remix version featuring two of the UK’s biggest emcees Wiley and Bashy!
Do you Mind has received rave reviews from just about every music journalist in the business and now with the singles imminent release the duo are finding themselves in high demand. These two young music geniuses are on every label A&R’s speed dial right now and they’re slowly but surely being catapulted into the limelight making them a force to be reckoned with. So just how do they keep creating hits time after time? I caught up with the production duo to find out just that!

Tell us about the dynamics of the team. How did you start working together and who does what?
Crazy Cousinz consists of me and my older cousin Paleface. We both produce, and we’ve been working together for years!

You had a massive hit with Bongo Jam. Did you expect it to be such a success and how did it feel?
Bongo Jam was made for a laugh, and we were completely blown away by the response from the club. We really appreciated all the big DJs in the scene supporting our music.

It looks like your latest track Do you Mind is set to be even bigger. What’s your secret to churning out these successful club bangers?
Keeping an eye on what’s going on in the scene, catering to what people like and remaining unique.

On the single Do you Mind you collaborate with the incredibly talented Kyla! How did that collaboration come about?
We hooked up on my space, was feeling each other’s sound so we started making some stuff together and then Do You Mind was born!

Do you think you’ll team up with Kyla on any future projects?
Definitely, we’re working on some other projects at the moment.

What had you been working on before your huge hit with Bongo Jam?
Paleface was producing alot of Bassline material and doing shows up north. I was doing loads of the Grime stuff (which I still love because thats the music that really catapulted me) Wifey Riddim – Tinie Tempah/Sadie Ama, Hood Economics – Tinie Tempah, New Era – Lil Rascals to name just a few!

You’re in strong demand at the moment for remixes. Who else are you currently working with?
We’ve recently done a remix of Estelle’s ‘Come Over’ which was really great to have her vocals on our production. We’ve done remix work for Jazmine Sullivan, Neyo, Lemar, a few up and coming artists. We’re also working on some original tracks with Kyla, Calista, Kimona, MC Versatile, Meleka, Mz Dynamite. We’re happy to work with anyone who has a fresh, funky feel to their music.

You’ve also done a remix version of ‘Do you mind’ with two of the UK’s biggest MC’s Wiley and Bashy! How did that come about?
For the single release, we got together a few different mixes to appeal to wider audiences. We definitely wanted a HUGE MC Mix and it was a blessing when the King of Grime himself ‘Wiley’ came to us. We’d heard Bashy was feeling the tune too and had some bars for it, so we knew we had to get them both!

Your sound has been described as ‘fresh and funky! How do you plan to keep re-inventing your sound so it continues to stand out?
I think we’ve always tried to remain individual and unique but still have the ability to be versatile. UK music is forever evolving and to remain a strong producer in the scene you have to be able to be versatile!

What can we expect from you for the future and where can we check out some more of your material?
Expect loads more tracks that the ladies will love, happy music for everyone to enjoy. Crazy Cousinz remixes are now available on itunes, Do you mind is also out now!!!

Do you have an album coming out soon?
Yeah, should be out mid April. We’ll keep you posted!

Crazy Couzins ft Kyla ‘Do you mind’ is out on the 2nd Feb.