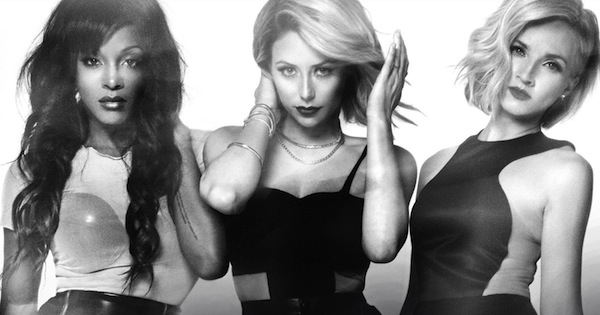 Despite the recent fiery break up which made headlines across all major media publications, Danity Kane are now set to release the long awaited “DK3” album! There are 10 very different tracks making up the third album from the all american girl group and it’s due for release in just over a month, October 28th! Earlier this year Aubrey O’Day, Dawn Richard, Shannon Bex and Aundrea Fimbres took to the stage on a sold out american tour bringing fire to every show. Each show brought killer vocals and on point choreography which raised huge attention from all major music blogs and publications. The girls used the platform to showcase some of their new material and also performed well known past hits. Unfortunately the tour kicked off with an unsteady start with group member, Aundrea Fimbres annoucing her exit to start a family. This was just the first bump in the road for the girls!

After Fimbres’ exit the rest of the girls moved forward as a three piece with fans nicknaming them DK3. The hard core fans and the public instantly took to the new line up and praised the girls across all social media networks. Unfortunately, unknown to the public and fans, not was all as it seemed behind the scenes. Despite the slick chemistry on stage between all three girls and the successful first single “Lemonade”, a rift was occuring amoungst the recently reformed group.

A story was released by TMZ stating that a fight between Aubrey and Dawn had broke out during a late night studio session. Unfortunately shortly after the stories release it was confirmed as in fact true. Aubrey and Shannon released an official statement addressed to the fans stating their side of the story. The letter contained details of a physical assualt from Dawn on Aubrey. Dawn then released her own statement via TMZ stating her side of the story. Once again Danity Kane had come to a bitter end!

Since the groups shocking break up fans and publications have continued to state their disappointment in the loss of good music. With snippets of tracks, from the unreleased album, having been posted across the girls social media platforms, when they were riding high, everyone knew what they were missing. Fortunately for the fans they wont they have to wait too long for the whole album. A few days ago Aubrey and Shannon released a video on their instagrams anouncing the release of Danity Kanes third album, simpley titled “DK3”. Even though the girls have not managed to sort out their difference and still remain apart they have stated “we owe this to the fans”. The albums artwork and snippets of the whole album followed shortly after.

Take a listen of the albums preview here

So what do you think? Hit or miss? Let us know your thoughts below and hit that follow button on twitter @Flavourmag, @AubreyODay, @DawnRichard and @ShannonBex