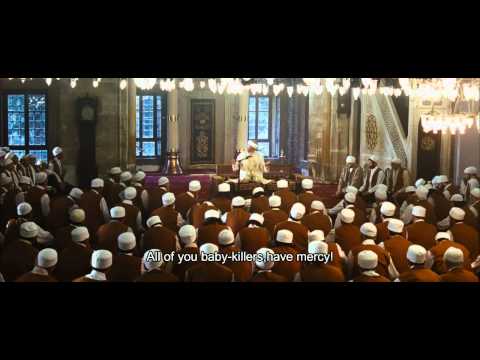 You’ve got to admire Danny Glover. He has dedicated more than 25 years to acting, delivering stunning portrayals in an impressive array of films. He is a distinguished actor of class who continues to inspire. Flavour gets the lowdown… Since his first film role as an inmate in Escape From Alcatraz (1979), Danny Glover went on to star in the amazing The Color Purple, alongside Whoopi Goldberg, where he played an emotionally intense role as her abusive husband. He is also known for action-packed blockbuster Lethal Weapon (1987), with co-star Mel Gibson, which was so successful directors created three sequels from 1989 to 1998; the first of the horror movie franchise Saw (2004) and its sequel in 2008; and two years prior in Dreamgirls (2006). In recognition of outstanding commitment and talent, Danny Glover has won countless awards, including the NAACP Image Award for Outstanding Leading Actor – five times. That says it all.

French honours
In September this year, Danny travelled to France to be honoured at the Deauville American Film Festival as the recipient of the highly coveted Medaille des Arts et des Lettres from the French Ministry of Culture in Paris. While there he was also honoured by the Trophées des Arts Afro Caribbeans (TAAC), a proud moment and prestigious accolade.

As well as his contribution to film, he is a progressively passionate political activist, utilising his status to support causes he strongly believes in. From a young age he took a deep interest in human rights, in high school he was strongly involved in the civil rights and anti-war movements.

He focuses on advocacy for economic justice, and access to health care and education programmes in the USA and Africa. Examples include publicly urging South Africa to pay close attention to the AIDS crisis, and ordering Sudan to put an immediate stop to the ongoing slaughter of 50,000 citizens. Globally, he has served as a Goodwill Ambassador for the United Nations Development programme from 1998-2004, tackling crucial troubling issues, such as poverty, disease and economic development in Africa, as well as in Latin America and the Caribbean. At home in the US, he regularly protests against the American invasion and occupation of Iraq. Currently he serves as an Ambassador for UNICEF.

Inspirational Films
In 2005, he co-founded Louverture Films, a New York-based production company dedicated to the development and production of inspirational film features and documentaries of historical significance, social purpose, commercial value and artistic integrity. At present he is working on a number of new exciting projects, as well as an inspirational biopic of Haitian revolutionist Toussaint Louverture, Danny’s first movie as director and producer. Louverture was the leader of the Haitian Revolution during the late 1700s, and transformed an entire society of slaves into becoming free, self-governing people.

Toussaint is a figure Danny clearly admires, but which other important figures and actors has he gained inspiration from? ‘There are so many remarkable, talented performers who have inspired me throughout my career,’ he says. ‘Certainly Sidney Poitier, Harry Belafonte and my good friend Mel Gibson are among those I admire and enjoy working with. I also find that filmmakers are an extraordinary example of a different type of talent, including Akira Kurosawa and Gillo Pontecorvo who directed The Battle of Algiers [1966].’

Over two decades, Danny has played a range of diverse roles, but is there one character in particular that bears a resemblance to his own persona? He says, ‘Every role I play is in some way related to my own personal life experiences, feelings and point of view. Even if the character is very different from me, I still find some way to draw from my own life to help relate to the role I am portraying.’ Danny also reveals, ‘I have recently completed filming a pilot for Fox Television, Touch, that I am excited to be a part of. Also I am the executive producer of the feature film The Black Power Mixtape, which my company Louverture Films showed at the Deauville Film Festival. I am also preparing to film an independent sci-fi feature this month in which I play a mad scientist – I’m looking forward to that! However,’ he adds, ‘as per the previous question, I’m not exactly sure which part of my personal experience I will bring to that particular role, but I look forward to finding something – it should be interesting.’ Indeed.

New releases
This year, Five Minarets in New York, one of Danny’s recent movies, is to be released on Blu-ray and DVD in October. The movie tells the story of two Turkish top-secret police officers, Firat and Acar, who undertake covert anti-terror operations in order to reveal the true identity of a potentially dangerous Islamic leader called Dajjal. Through a consecutive series of violent raids and brutal intense interrogations, the officers reveal Dajjal’s real name. Meanwhile in New York, the FBI arrests a Muslim scholar and family man named Hadji in connection with an international terrorist warrant. Is it possible that this is Daijal?

The gripping story unfolds as the two officers are sent to New York to aid the extradition and transportation of Hadji, and it all becomes a lot more complex than originally planned. Danny Glover plays the role of Hadji’s close Muslim friend Marcus, who deceives the authorities to help Hadji go into hiding. Officer Firat, however, refuses to travel halfway across the world to allow Hadji to simply disappear! The plot soon thickens as a lifetime’s worth of events catch up with Hadji and Officer Firat, and they are forced to confront the history of what makes them the men they are today – on a ferocious path to the core of retribution, punishment, religion and faith.

Taking on a Muslim character for the first time, Danny reveals that, ‘The storyline leads on to so many unique and interesting characters. With my role, I wanted to try something new, and the role of Marcus was very different from anything I had done before. Marcus was a challenge because he had many layers and I wanted to bring all of his complexities to the surface.’

As with the character of Marcus, does religion play an important role in Danny’s own life? He says, ‘Spirituality plays an important part in my life.’

Time outside of acting
Spending time with his family is also an important part of Danny’s life in his spare time – travelling with his grandson and jogging on the beach. He also enjoys reading. ‘I have been a long-time fan of African playwright Athol Fugard. He wrote Master Harold and the Boys, a play which I appeared in on Broadway. He also wrote the screenplay of a film I starred in, Boesman and Lena.’

With a lifetime of experience, Danny Glover is a key male role model. Reflecting on his remarkable achievements he comments, ‘Every film and co-star has brought different meaning and enrichment to my life. I have enjoyed every movie and had a good time with everyone I have had the privilege of working with – actors and directors. For the present time, I am enjoying the many interesting and diverse roles that continue to come my way. I am grateful that I keep very busy in a career and industry, which brings entertainment to many different people around the world.’

On guiding young actors who are trying to break into the film industry, Danny says,’ I would advise anyone starting out, or greatly experienced, to stay true to working on their craft.’ Wise words from a wise man. Long may he appear on our screens.