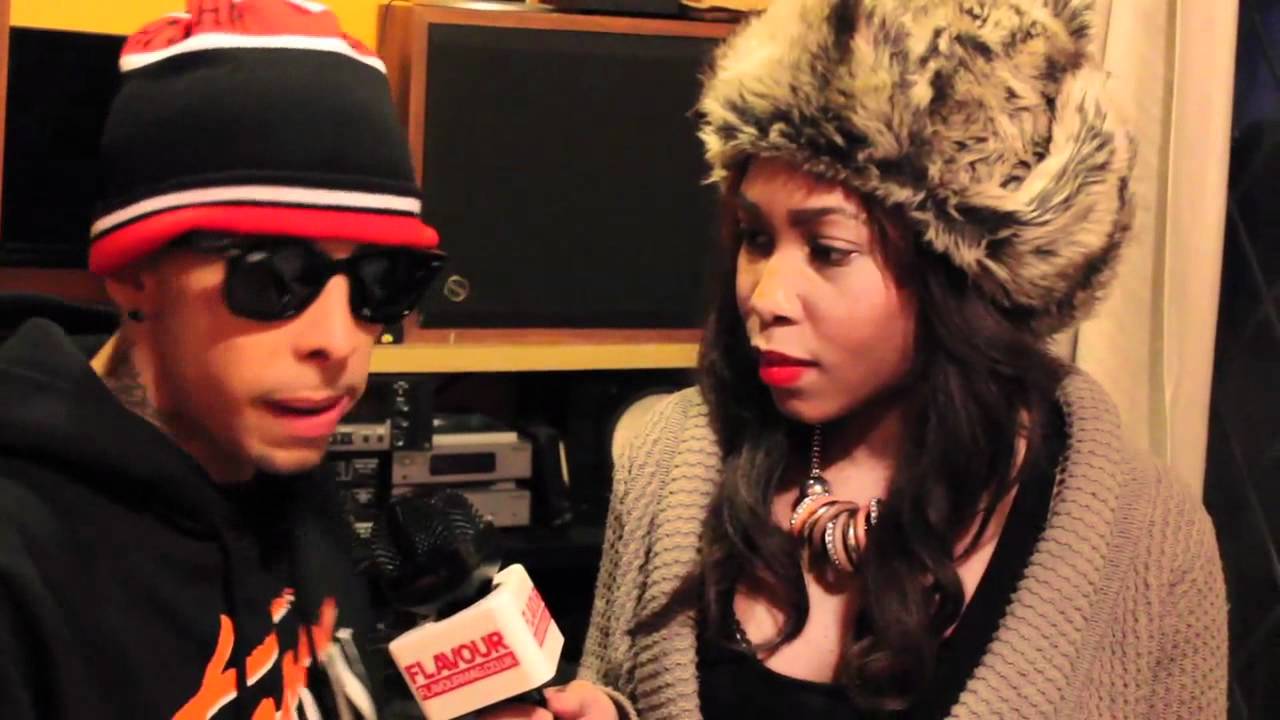 An invite to his uncle’s house finds us welcomed by three dogs, jumping, barking and sniffing, while his styling team in the living room tell us he’s getting styled and his hair cut. Eventually Dappy emerges in signature woolly hat, chinos and Nikes. ‘I’m so sorry, I had a bit of a madness, life is crazy – it’s not all this great pop star stuff,’ he says. Flavour gets to know the real Dappy and finds out just what this ‘pop star stuff’ is all about…

Dappy is very animated, waving his hands around when the subject of last summer’s riots is raised. ‘Where’s all the youth parks and clubs? My community is crack-infested…’ the north Londoner claims. ‘They’re [the government] like, “Why are they stealing microwaves?” Well, duh, so they can make P [money] to do what they need to do! I’m not condoning the riots, but all these youths want is money to survive.’ Who knew the ‘No Regrets’ singer was so passionate about politics?

He also has some choice words about the Prime Minister and continues with his rant. ‘I would pick up David Cameron by his throat and raise him up like a uni fee, the stupid twat, because he don’t know what he’s doing, innit!’ And that’s not all…

The father of two certainly has a way with words and is incensed that university fees are going up. ‘Why do I have to pay nine grand for my children to go to uni?’ the star demands. Although, he’s got some time to wait before he has to worry about university fees for his two sons Gino, three, and Milo, two. Cool dad
As the only member of N-Dubz with children, were his planned? ‘Nah, but that’s just life!’ As a father and an artist it could be difficult, as many musicians are always in the studio or on the road, so how does he cope? ‘There is a such thing as a nanny, you know,’ he jokes. ‘But nah, I supply for them, man; I’m a cool dad, I love my kids to death.’

Reminiscing about his first child’s birth, he shares, ‘It was scary. I was looking between, you know… I didn’t want nothing to go wrong, but it just came out – zooomp! It was nice.’

At the time of the birth things had gone into overdrive with N-Dubz, the group he’s currently taking a break from. Talking of breaks, band members Tulisa, his cousin, and best friend Fazer, eventually began dating, but have recently broken up.

Young love
‘No comment,’ is Dappy’s reaction when initially broached with the subject, but then he says, ‘I tell you one thing – they loved each other from a young age. I never used to see anything. But c’mon, it was bound to happen, we’re in a group together. Fazer came to me with T and they told me. I was happy, I was like, bruv, I’m glad it’s you than any other motherfucker.’

How Tulisa is feeling and the ‘will they, won’t they get back together’ debate is being tossed around in the media, and it’s these kind of issues Dappy sings about in his latest solo single ‘Rockstar’, featuring Queen legend Brian May. The track hits on the pressures he comes under, with frequent metaphoric references to his newfound celebrity status and being in the public eye.

In the song, he also pays homage to fellow Camden neighbour, the late Amy Winehouse, singing: A wise girl once sung ‘tears dry on their own’. Fuck a moment of silence in my house. We shut the whole shit down for Winehouse.

‘With “Rockstar” I wanted to try something different; every track I do, it’s gotta be different. With Tulisa on X Factor and whatnot, I love her, that’s like family and that, but I gotta keep it up as well, you know what I mean? And Fazer doing his thing, I thought, fuck that, I need to get a hit.’ His love for music is indisputable, but with the fame comes subjection to rumours, ridicule and then some. Dappy is fully aware of this. ‘There’s the spontaneous musician that acts like a rock star, and I take myself away from it when I come home. Basically, when I come home, I’m Costas,’ he says, referring to the abbreviation of his birth name Costadinos Contostavlos.

Soft spot
There’s an apparent softer side to Dappy: any preconceptions of his arrogance fade; in fact, he’s just a hardworking father trying to provide for his family and achieve personal success. ‘I care about getting hits,’ he says, ‘and once I got a big massive record out and people are buzzing over it, I feel like I deserve to go and party. I work hard and party hard.’

So when can we expect his solo album? ‘I don’t wanna release an album until I get three No1s consecutively. [I’m] about to get the second, hopefully I’ll get the third.’
If he has his way, Dappy will be working with music’s crème de la crème. ‘I’d like to work with Labrinth because of what he did with Tinie, and because he’ll come to me, hear my sound and know what to hit me with. He’s a good musician, I’m a good musician – I think we would do well together. Also I would like to work with Drizzy Drake.’

Dappy reckons he’s got the perfect song for Nicki Minaj. ‘I’m tryna get Miss Minaj, but the song’s nang the way I’ve done it by myself; I’ve killed it, it’s very clever. If I got her on it, it would be very epic and unique.’ So if you’re reading, Nicki, holla!

Class act
Dappy proves to be down-to-earth, charismatic, with a humorous way of delivering his words and an infectious energy that rubs off on anyone in his presence. Not to mention his work ethic and talent. How does he describe what he does?

‘For the last three, four years, I haven’t classed myself as an MC,’ he says. ‘When you start out it comes as the whole MCing thing; now I class myself as versatile – I can do any genre as well as each other. I’m not afraid to expand my degrees of knowledge in music. I can do pop, I can do rap, I can get gully on them, I’m from the hood, I can do everything. I will kill it just the same.’

If you weren’t a fan before, maybe now you’ll rethink – what woman doesn’t like a man who expresses how beautiful childbirth is and who wouldn’t be impressed with someone so determined. Dappy was well worth the wait, and we’re sure his album will be too.