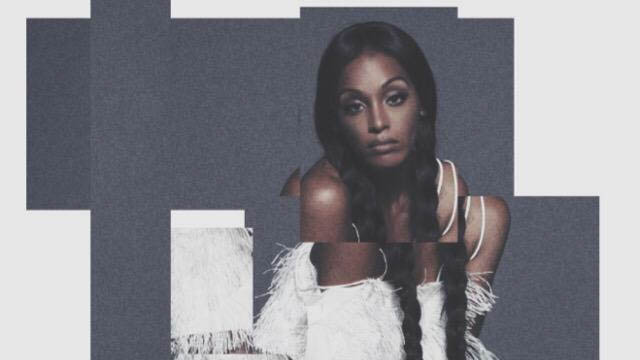 If you don’t know the name Dawn Richard then now is the time to start your research! Dawn is a successful singer-songwriter from New Orleans who has scored two consecutive number one platinum albums with former girl group Danity Kane, a Guinness World Record and another platinum album as a member of Puff’s former group Diddy Dirty Money.

Not only has Richard scored success as a group member but she has also beat the odds as a solo artist. The 31-year-old has two critically acclaimed albums, some highly successful mixtapes and a banger of an EP which were all released independently as an unsigned artist. Dawn has paved the way for the new generation of artists and has done it superbly!

Dawn’s first hugely successful independent, number one, debut album was Goldenheart. Upon Goldenheart’s release it received universal acclaim from music critics, who praised its grand musical scope and Richard’s theatrical personality. It went on to sell over a massive 3,000 copies in the first week alone, which is something you don’t often see from an independent release and unsigned artist. The most recent release from the songwriter was her second independent, number one album Blackheart. The sophomore albums release was supported by its lead single “Blow” with the music video debuting across all Vevo platforms. Dawn showcases her new look and sound in the dance heavy video for the track and grabs your attention right from the start.

Since the albums release two more visuals have dropped and both have created an even bigger buzz for Blackheart. Not only were both videos massively respected and highly praised by critics worldwide but they both scored the number one spot on the iTunes chart as well.

Blackheart is a sound created by Dawn’s inspiration from trip-hop, electro-pop and soul. It couldn’t be more different from Goldenheart but at the same time have a strong and clear connection to it. The beats go hard individually on each track and blend perfectly with Richard’s super cool and unique vocal sound. Dawn aint playing this time around and it really shows in this well designed and brilliantly put together album. It is just like Goldenheart and is a piece of art before its time. With that said it is music that should not be missed. The singer-songwriter wrote and produced alongside Noisecastle III to bring you the perfect sound for Blackheart. The albums artwork was released in late 2014 and shows a mans face being removed from Dawn’s face. The cropped image of the singers face is an image way back from her Goldenheart promo days. Maybe a hidden message? When quizzed by a fan on Twitter regarding the cover, Dawn replied with – This movement has not gender or genre, the cover shows that.

Since the release of Blackheart back in January Dawn has been touring the US bringing her new sound to life with some well praised and epic live shows. It has been a question on many lips, when is Dawn coming to the UK? We now have the answer! The Black Era is due to reach UK soil in June with a special live show from the singer at The Jazz Cafe, Camden – London on June 2nd. Grab your tickets here – http://gigst.rs/DawnRichard. Dawn has signed to SJ Media Group who will represent her during her time in the UK.

After the storming success of her Blackheart state side, Dawn Richard is set to put herself on the worldwide map as she signs to pioneers in music management SJ Media Group to represent her career on UK soil. Upon the move to SJ Media Group, Dawn said, “I’m truly excited to join with SJ Media Group. I’ve been dreaming of sharing my art globally and collaborating with a team that can allow me to touch hearts all over the world. I finally can.” Steve Mottershead, founder and MD said “I am absolutely delighted that Dawn has committed to working with us. The team here are very excited at the opportunity to introduce her unique and extraordinary talent to the UK public. Dawns passion and desire for creating great music immediately stood out and we will give her the platform and support to do that in the UK”

Now if you know Dawn then you know she is not one to hold back when making an announcement and what better way to create a buzz then to drop a brand new track as well. On the same day that the tickets went on sale for her London show, Dawn also released her dope new joint “New Or Lean”. The track is another banger from this super talented artist and comes in the form of a heavy beat, slick vocals and well written lyrics. Grab a listen below.

Here at Flavourmag we always support Dawn and her music and we can’t wait to catch her performing live in London again. I’m sure we might even grab an EXCLUSIVE chat with this dope chick on her arrival too…keep it locked to Flavourmag! Hit us up @Flavourmag and @DawnRichard on twitter for updates.