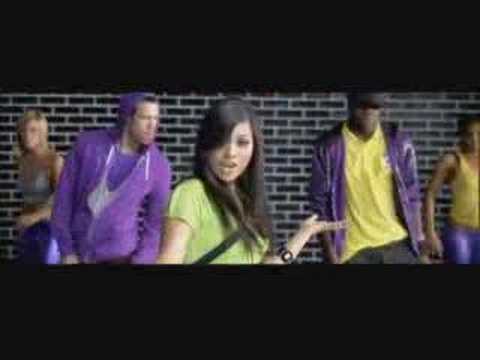 With a career spanning over nine years, the north London production outfit consisting of 26-year-old Michael Pantelli and Philip Omo, have a list of clubland hits spanning far wider than their top 20 UK Chart smash My Destiny. Remixing for artists such as Jamelia, Timbaland and Magoo, Usher, Mis-teeq and more recently Taio Cruz, it wasn’t long before the duo was labelled as the ‘Godfathers of Bassline’.
With Bassline hitting all the right notes with clubgoers across the UK, Flavour caught up with Michael Pantelli to talk about the scene through Delinquent’s eyes.

How would you define Bassline?
I would say it’s energetic and up-tempo, but at the same time it has a hint of soul in it. It’s the kind of music made for going out.

You have been making Bassline beats for a long time now, who have been your inspiration?
I’m definitely into Timbaland as a producer. I think he started a lot of trends by being very creative and working out of his comfort zone. He would try something different which became a phenomenon. I’m also into a lot of Eighties stuff across the board, and because we have our own record label and we’re investing in ourselves I also think people like Richard Branson are inspirational figures.

Do you think it’s fair to say that you’re both trendsetters?
There’s a cluster of about five or six producers that were there from the start of Bassline and I definitely think we’re in that cluster. But at the same time, we’ve never really followed what’s been happening, we’ve just done our own thing and just done what we’re happy with.
If it catches on, it catches on.

Who are your current contenders in the Bassline scene?
I feel that the one producer that is keeping things current like we do is a producer called Witty Boy. He just completed a remix for Craig David and he’s really blown me away with the exceptional standard of his work in the past month.

Do you think your new single I Got U is as big as My Destiny?
My Destiny was signed to a major independent label so that helped to get it out there. Because we’ve released I Got U ourselves there’s always going to be an element that it’s ‘only’ an independent release. It’s been a digital release, but I’d like to think that one day, once the album is out it will become as big as My Destiny. From performing all across the country, we’ve definitely had a good reaction.

You collaborated with Kcat on both My Destiny and I Got U. Are you collaborating with anyone else right now?
Yeah, we’re working with the likes of Donaeo and other talented unsigned artists. I think it’s easier to work with artists that haven’t been discovered. It’s a lot more satisfying working with people that you can discover by chance and build a relationship with – like a guy called Jamie Dereyes who is a male vocalist that we are working a lot with on the album. I would say that the album is mainly Jamie Dereyes, Donaeo and Kcat.

Tell me about the plans for your forthcoming album?
You can expect an album round May or June so not that far away and it’s going to be called Extra Curricular Activities! The album will be song-based and we’ll be making sure that its fun, lively, entertaining and energetic. We’ll also be delving into new sounds.